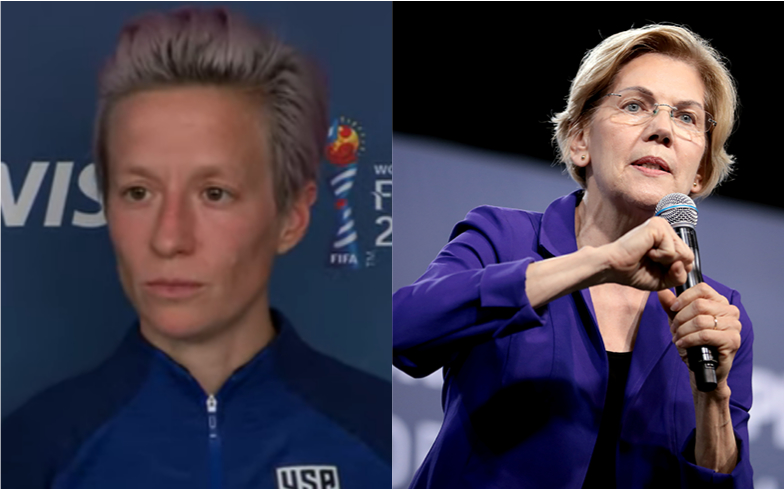 Megan said the Democratic nominee was “bold” and “real.”

Not only did US football star Megan Rapinoe win Sports Illustrated Sportsperson of the Year award this week, but she also gave her backing to Elizabeth Warren to be the next president of the United States.

Megan showed her support, when she posted in Instagram TV clip of her calling Warren. Captioning the video, she wrote: “I truly believe the best things in life are a result of being bold and being real.

“This extends to every part of my life and nothing feels more relevant and real than this election.

“I’m proud to endorse @elizabethwarren today, for being bold, for being real, for listening to ALL of us, and for being prepared to navigate the unique challenges we face today as a country.”

If Elizabeth Warren is elected as the next US president, she has pledged to remove President Tr*mp’s discriminatory ban on trans people serving in the military.

“The only thing that should matter when it comes to allowing military personnel to serve is whether or not they can handle the job, she makes clear in a plan called the Keeping Our Promises to Our Service Members, Veterans, and Military Families.

Warren will also provide “all medically necessary care related to the health of transgender people” including surgery. And the plan makes it clear “that we will protect veterans and family members of serving military personnel from deportation, and we will review the cases of those who have been deported for possible return to the United States.”