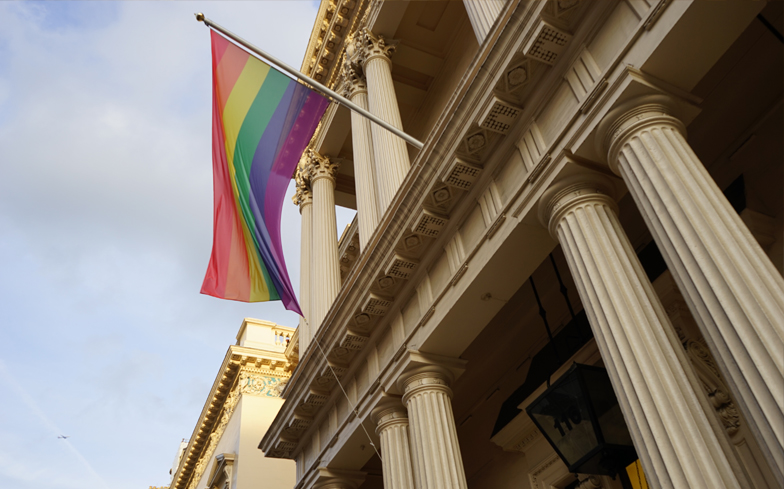 US Secretary of State nominee Antony Blinken has unveiled a shortlist of pro-LGBTQ+ commitments that the new Biden administration is pledging, in order to promote attitudes toward equality across the globe.

One of the chief pledges is a reversal on the ban on embassies flying rainbow flags during Pride Month. These had been banned by the previous administration, with former Secretary of Defence, Mark Esper, comparing them to Confederate flags, which are used to promote white supremacy.

Blinken also promised to appoint a new Special Envoy for the Human Rights of LGBTI Persons. The position was originally created in 2015 by Barack Obama, but was left unfilled after Randy Barry left the role in the early days of the Tr*mp presidency.

Blinken said that appointing the envoy was a “real urgency” after levels of LGBTQ+ violence against queer people across the globe have increased, and a record 44 trans women were murdered last year in the United States.

“We’ve seen violence directed against LGBTQI people around the world increase,” he said at a confirmation hearing. “We’ve seen, I believe, the highest number of murders of transgender people, particularly women of colour, that we’ve seen ever.

“And so I think the United States playing the role that it should be playing in standing up for and defending the rights of LGBTQI people is something that the Department is going to take on and take on immediately.”

He has also committed to repudiating the findings of former Secretary of State, Mike Pompeo’s, Commission on Unalienable Rights that some rights across the world weren’t worth defending.

Blinken’s comments come as Joe Biden’s new administration aims to improve the lives of LGBTQ+ Americans who have had rights stripped away from them over the past four years.

In his first day in office, Biden signed an executive order enforcing the Supreme Court’s landmark ruling on protections for LGBTQ+ workers. The landmark 6-3 ruling back in June ruled that federal civil rights laws protects LGBTQ+ employees from discrimination. In a statement, Eliza Byard, the executive director of GLSEN, said: “This order signals the new administration’s plan to advance LGBTQ+ equity through an intersectional lens that centers all of our most vulnerable communities, including LGBTQ+ people of colour, LGBTQ+ people with disabilities, and LGBTQ+ immigrants.”

The new administration is set to relax existing regulations and allow transgender students to access their preferred facilities in accordance with their identified gender; a rule which was implemented during Obama’s presidency.

In terms of future prospects, it’s likely Joe Biden will have other plans to put into play. A large part of the President’s campaign was the promise to deliver the Equality Act in his first 100 days in office, as well as promising to keep LGBTQ+ rights on his agenda.

It is also planning to overturn the ban on transgender people serving in the military, with the new Defence Secretary, Gen. Lloyd Austin being in favour of the move. “I support the plan to overturn the ban, I truly believe that if you’re a fit and you’re qualified to serve and you can maintain the standards, you should be allowed to serve,” he said.