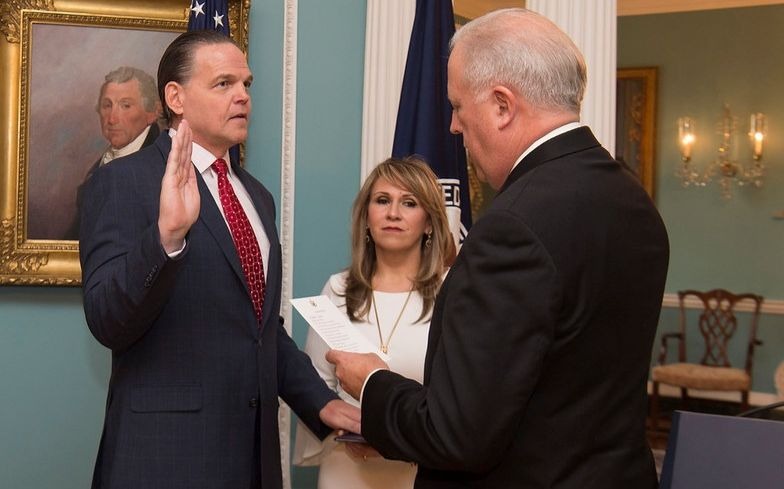 The ambassador also hit out at corruption in Zambia.

Earlier this week, two men, Japhet Chataba and Steven Samba, were both given 15-year jail sentences in Zambia after they were convicted of “having sex against the order of nature.”

Zambia is very conservative country when it comes to LGBTQ rights, with many opposing them due to their religion.

However, the US ambassador to the country, Daniel Foote, has hit out at the sentencing, and criticised the country’s approach to governmental corruption and poaching.

In a statement, he said: “I was personally horrified to read about the sentencing of two men, who had a consensual relationship, which hurt absolutely no-one.

“Meanwhile, government officials can steal millions of public dollars without prosecution, political cadres can beat innocent citizens for expressing their opinions with no consequences, or poachers/traffickers can kill numerous elephants, barbarically chainsaw and sell their tusks, and face a maximum of only five years imprisonment in Zambia.”

He added that sentences like the one handed down did “untold damage to Zambia’s international reputation by demonstrating that human rights in Zambia is not a universal guarantee.

“They perpetuate persecution against disenfranchised groups and minorities, such as people from other tribes or political affiliations, albinos, the disabled, our lesbian, gay, bisexual, transgender, and intersex brothers and sisters, and anyone who is deemed ‘different’.”

He highlighted how members of the LGBTQ community have contributed positively to the United States in fields like politics, arts and business among others, before finishing by saying: “Perhaps, it’s time for Zambia to consider its outdated stance and obsolete legislation on how to treat the LGBTI community, and all others considered ‘different’.”