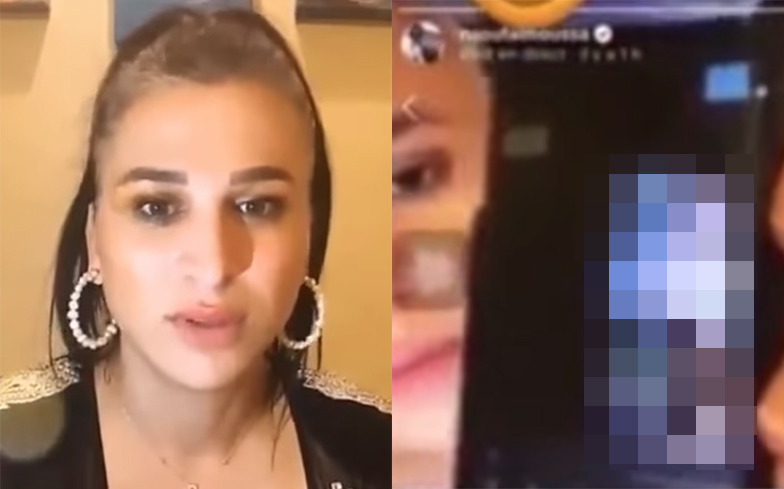 Gay men in Morocco are being harassed after their photos from gay dating apps circulated online.

The abuse started when transgender model and influencer Sofia Taloni used an Instagram live to encourage fellow women in the staunch, anti-LGBTQ country to set up fake accounts on gay apps.

She said her aim was to call out hypocrisy in Moroccan society by revealing how many men are secretly gay in the country and using apps such as Grindr and Planet Romeo.

According to LGBTQ rights group Nassawiyat, up to 100 gay men were tricked into sharing intimate pictures of themselves by Sofia and her recruits, who posed as potential dates and shared the images online – risking their lives in the process.

Homosexuality is currently illegal in the conservative Muslim country and same-sex activity in punishable with anything from six months to three years’ imprisonment, and a fine of 120 to 1,200 dirhams.

Due to the coronavirus lockdown restrictions, activists say many gay men are unable to leave their homes and are being abused by families. A Nassawiyat spokesperson said: “These men are being bullied and blackmailed.

“With a coronavirus lockdown in place some of them have no place to turn.”

Three men have been kicked out of their homes, reports The New York Times. One of the young men who was outed spoke anonymously out of fear, saying: “Here I am just waiting for my death sentence. I’m frustrated and scared.”

Yassine, a 22-year-old gay man, was happy to be given a chance to go on Instagram live with Taloni. His excitement quickly turned into fear after she forced him to come out as gay by threatening to post incriminating photos.

Yassine – who has since been kicked out of his home – said: “I was shocked and then very scared. She destroyed my life. Everybody is sending the video and saying bad things about me. My mom, also, she’s very sad.

“She’s not talking to me anymore. My friends at the gym, friends I went to school with — they all blocked me.”

Another man, who returned from France during the lockdown, committed suicide after being outed.

Adam Eli, founder of New York-based queer rights group Voice4, has been working with LGBTQ activists in Morocco to get Taloni’s Instagram account deleted. Her profile has been suspended, but “a new one has popped up” already.

He explained: “We did not solve the issue of queer-phobia in Morocco.

“However, we showed a bunch of young queer people, who are scared and in quarantine, that they are not alone, that they have the force of the international queer community behind them.”

A Facebook spokesperson confirmed that Taloni’s accounts have been disabled, saying “we don’t allow people to out members of the LGBTQ community because it puts them at risk”.

In an interview given to Moroccan songwriter Faiçail Azizi in Moroccan Darija last week, Taloni said she didn’t want to out these men and put them in danger, but did so because “they started this war” and “wanted to get me killed”.

“I feel bad for the LGBT people who were living their lives normally, and had nothing to do with this controversy. The other ones that reported me, I have no regrets whatsoever,” she added.