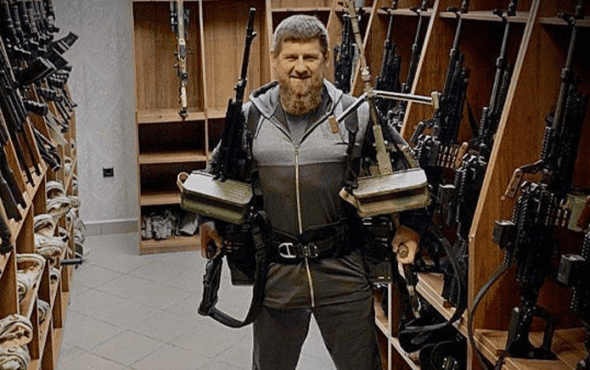 In a press statement, Secretary of State Mike Pompeo said they have “extensive credible information” that Kadyrov is responsible for “numerous gross violations of human rights dating back more than a decade, including torture and extrajudicial killings.”

The authoritarian leader is widely feared within Russia and is known for his extreme, anti-LGBTQ+ views.

In 2017, he publicly declared that he wanted all LGBTQ+ people in the Russian republic to be eliminated by May 26, the start of Ramadan, despite his laughable claim that Chechnya doesn’t “have these kinds of people here.”

Months before his comments, it was reported by respected Russian newspaper, Novaya Gazeta, that over 100 gay men had been rounded up by police and detained in what was widely referred to as a modern-day ‘concentration camp’.

A year later, chilling reports of young gay men being murdered by their own family members also came to fruition, as authorities in Chechnya told parents to kill them – or they’ll do it themselves.

One man recalled the torture he went through, saying: “They started beating me with their fists and feet. They wanted to get names of my gay friends from me. They tied wires to my hands and put metal clippers on my ears to electrocute me.

“We are concerned that Mr. Kadyrov is now using the excuse of the coronavirus pandemic to inflict further human rights abuses on the people of the Chechen Republic,” Pompeo said in the release. “Today’s action serves to notify Mr. Kadyrov that his involvement in gross violations of human rights has consequences, both for him and his family, and that the United States is committed to using all the tools at our disposal to ensure accountability for those who engage in this abhorrent behavior.”

Kadyrov responded to the sanction via Telegram, saying: “Pompeo, we accept the fight! The further it goes the more interesting it gets.” He posted the message along with a photograph of himself holding two machine guns.

In a 2018 interview with BBC journalist Sarah Rainsford, Kadyrov insisted that “not one person” in Chechnya commits human right violations.

“That’s all an invention by foreign agents who are paid a few kopecks,” he claimed. “So-called human rights activists make up all sorts of nonsense for money. Let them work somewhere else! All those who defend human rights groups and the gays we supposedly have in the Chechen Republic are foreign agents. They’ve sold out their country, their people, their religion!”

When the journalist pushed for an answer on the reported abuse of LGBTQ+ citizens in Chechnya, the leader’s security guards stepped in block the camera and avoid any further confrontation.