United Airlines announced as official airline for Pride in London 2022 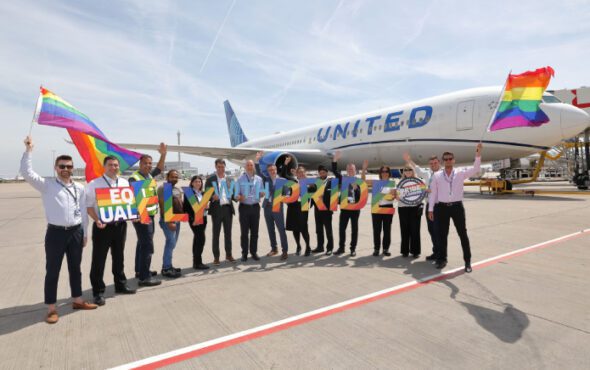 The employees of United Airlines will march with their own ‘lively and colourful’ float in support of the LGBTQ+ community at this year’s Pride in London.

Ziv Russell, United’s Chairman EQUAL EMEAI, said the airline boast a “diverse group of employees around the world and believe in equality for everyone,” and is “proud” to be involved with the upcoming celebration.

Russell added: “And I know that all of our employees taking part will have an exciting day as together, we fly our United flag with pride.”

Pride in London’s Head of PR, Haven Thorn, said: “Pride is founded on diversity, inclusivity and a welcoming spirit, and we’re extremely pleased to have United Airlines join us this year – marking the 50th anniversary of that first historic protest.

“After a much too long pause, we’re delighted to invite LGBT+ travellers from around the world to take part in our momentous Pride on 2 July, as it is expected to draw upwards of 1.5 million visitors to our capital city and is set to be one of the largest, most in-demand Pride events this summer.”

Pride in London will commemorate the 50th anniversary of 1972’s historic march by retracing its route during this year’s event.

It will commence at Hyde Park Corner and end at Whitehall Place. The route will see those participating pass historic LGBTQ+ sites in the capital, including Trafalgar Square which was the terminus for the 1972 march.

“For fifty years, Pride has been a visible cultural protest that brings the LGBT+ community and its allies together in solidarity,” said Christopher Joell-Deshields, Executive Director of Pride in London.

“It is important to recognise the activists who were brave enough to come out in 1972 to march for our liberation and pave the way for the rights we enjoy today.

“Early organisers took inspiration from the US civil rights group, the Black Panthers, a reminder that despite their differences there was a collective fight for the oppressed.”