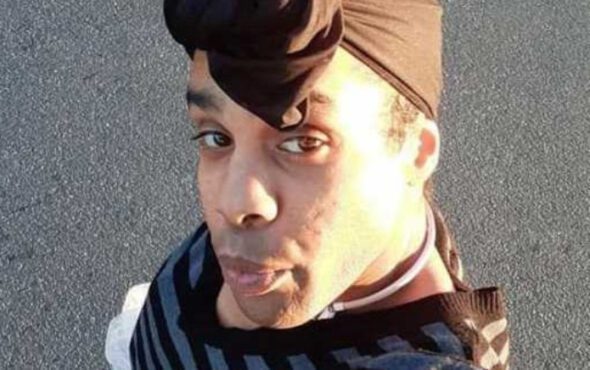 An unarmed, gay, Black man who was shot by the police eight times has filed a $26 million lawsuit against the officers responsible.

Isiah Brown was shot in April 2021 after police officers allegedly mistook his phone for a gun.

The 32-year-old survived the shooting, which took place in Spotsylvania County, Virginia, leaving him with life-changing injuries.

His lawsuit was reportedly filed on 19 October and, according to The Hill, explains that Brown “will never fully recover from the scars and impairment to his body and mind.”

The Roanoke Times reports that he accuses Deputy David Turbyfill and the sheriff above him, Roger Harris, of “gross negligence, battery and using excessive force.”

On the day of the incident, Brown was driven home by Turbyfill when his car broke down.

Brown called the authorities because of an altercation with his brother and can be heard threatening to kill his sibling in the 911 call’s recording, though he also tells the dispatcher that he is not in possession of a gun or any other weapon.

When Turbyfill arrived at the scene, Brown was told by the operator on the phone to have his hands up as the officer approached.

The officer is repeatedly heard telling Brown to “drop the gun” after apparently confusing his phone for a weapon and proceeds to shoot at him 10 times.

Eight bullets were found in Brown and, according to Breaking Daily News, no gun was discovered at the scene.

In July, Turbyfill was indicted for the shooting and charged with felony reckless handling of a firearm – something which could lead to a five-year-long jail sentence if convicted.

He has remained on the force since the shooting after at first being placed on administrative leave.

David Haynes, Brown’s lawyer, is hopeful that the lawsuit will pave the way for change in the Spotsylvania Police Department.

“Isiah Brown’s life will never be the same after his tragic encounter with David Turbyfill,” he tells ABC News. “Our hope is that this lawsuit will provide a measure of justice for Mr. Brown and force the Spotsylvania Police Department to enhance their training and update their policies and procedures so that this never happens to another person.”