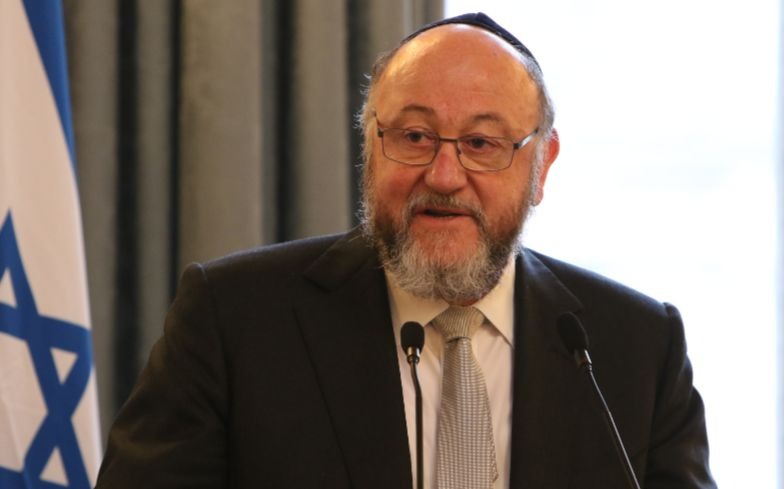 This Chief Rabbi has shown his support for the LGBTQ community in the past.

The UK and Commonwealth’s Chief Rabbi, Ephraim Mirvis has again signalled his support for the LGBTQ community as he published guidelines for Jewish schools to support LGBTQ students.

The guidance, known as “The Wellbeing of LGBT+ Pupils: A Guide for Orthodox Jewish Schools” was written with the help of the LGBTQ Jewish group, KeshetUK.

The new guidance encourages Orthodox Jews to use language responsibly, prevent bullying and support students when they come out, as well as educating both teachers and parents on LGBTQ issues.

In the guidance’s foreword, the Chief Rabbi wrote that “ignoring queer issues in the Jewish community is a slight to God and your children,” he then challenged the infamous Torah passage which is used to justify homophobia.

“We are, of course, aware of the Torah’s issurim (prohibitions) here, including Vayikra/Leviticus 18:22, but when homophobic, biphobic and transphobic bullying is carried out with ‘justifications’ from Jewish texts, a major chilul Hashem (desecration of God’s name) is caused,” he wrote.

He added that Jewish communities had an “obligation to address this issue together.” He also said that he hoped the document would be “an extremely significant milestone” that “will have a real and lasting impact on reducing harm to LGBT+ Jews across the Orthodox Jewish community.”

He further added: “Our children need to know that at school, at home and in the community, they will be loved and protected regardless of their sexuality or gender identity.”

Dalia Fleming, the chief executive of KeshetUK said: “KeshetUK now looks forward to working with schools, rabbis and educators across Jewish communities, supporting them to implement this guide so they can ensure their LGBT+ students reach their potential, free from homophobic, biphobic and transphobic bullying, discrimination and fear.”

Although the guidance is expected to receive some negative reaction from Orthodox Jews, other schools where it has been introduced in have reacted positively.

Rachel Fink, the headteacher of JFS said: “The guide will contribute to supporting the way in which JFS is developing wellbeing for all students, including LGBT+ pupils.”

Earlier this year, a state-funded Jewish school came under fire after it was revealed that it had removed all references to homosexuality in its textbooks.

One part which covered groups persecuted by the Nazis said: “They persecuted any group that they thought challenged Nazi ideas: [redacted] were a threat to Nazi ideals on traditional family life.”