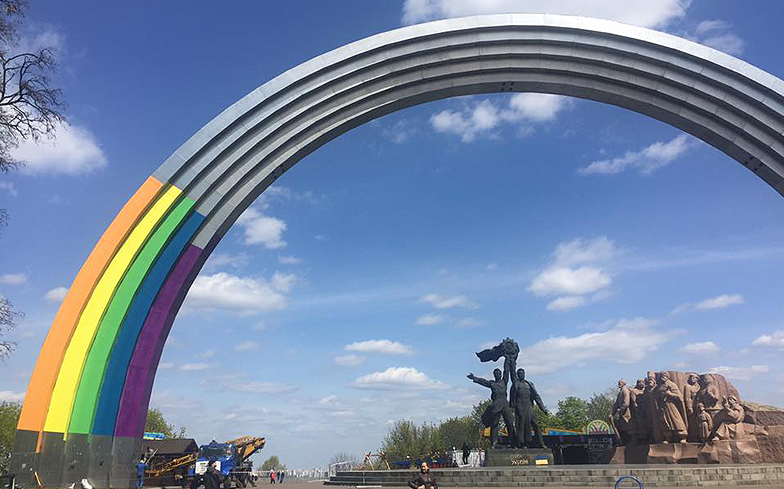 LGBTQ activists were planning to march on 1 January 2020.

The Rivne City Council has banned LGBTQ activists from holding a planned Pride march on New Year’s Day. The motion was passed with no opposition.

The motion was made to “prohibit the propaganda of various types of deviant sexual behavior in the city of Rivne, including in the form of so-called ‘equality marches,’ ‘pride parades,’ ‘queer culture festivals,’ and so forth, held in places of mass leisure for families with children.”

The ban was moved by the council’s Budget Committee, with Oleh Karpyak, from the right-wing Svoboda party citing the family code of Ukraine as reason to ban the marches.

The Family Code cited says: “The family is created on the basis of marriage, shared bloodline, adoption, as well as on other grounds not prohibited by law and not contrary to the moral principles of society.”

Despite the ban, earlier this year thousands marched in Ukraine’s most peaceful Pride festival in the country’s history. Over 8,000 people – including politicians, foreign diplomats and British ambassador, Judith Gough – sashayed in the country’s capital, Kiev, making it the biggest turnout the Ukrainian capital has ever seen.

Although there were hundreds of far-right protestors, this year’s Pride has been called the country’s “most peaceful” so far. Last year, 56 members of nationalist groups were arrested after spewing anti-gay hate, but only nine arrests were made this year.

A 17-year-old tattoo artist called Eduard, who took part in the parade, told Reuters: “Our desire is to convey to a majority of people that LGBT is normality. I am taking part for the fifth time.

“Ukraine is making significant progress compared to previous years, security and organisation are much better.”