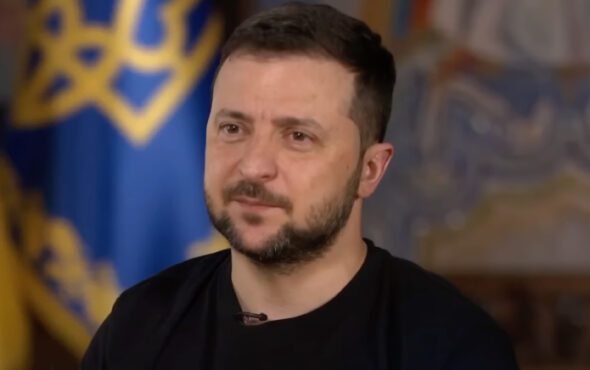 Ukraine will consider legalising same-sex marriage after a petition calling on the country to do so was signed more than 28,000 times.

As it crossed the 25,000 threshold required for consideration from the current acting president, Volodymyr Zelensky now has 10 days to respond to it.

Although homosexuality is not illegal in Ukraine, same-sex marriages and civil partnerships are not recognised.

This means that certain rights, including co-ownership of property, are not accessible for gay couples.

It has also resulted in problems for LGBTQ+ people in the military following Russia’s invasion of Ukraine, as same-sex partners are not able to collect their partner’s body if they die in battle.

Speaking to the BBC, Oksana Solonska, media communications manager at Kyiv Pride, said: “It is important that LGBTQ people have the right to see their partner and take their body from the morgue, and seek compensation if needed.”

She continued: “All married couples have these rights. We really hope that same-sex marriage will be legalised, so people will be able to take care of each other.”

Presidential consideration of the petition does not guarantee any change in law and it is unclear whether or not Zelensky will push to legalise same-sex marriage.

Ukraine has an anti-discrimination law that was introduced in 2015, though many LGBTQ+ people still suffer intolerance in the country.

You can learn more about how to help LGBTQ+ people in Ukraine after Russia’s invasion here.