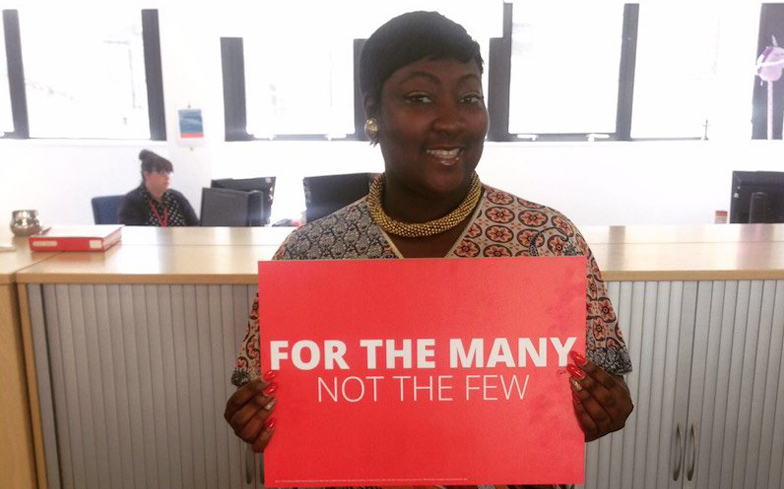 “She’s massively well respected not just within PCS but across the trade union movement. She’s a black, lesbian single mum and it’s not been that easy to get where she’s got to.”

Alexander, an MP since 2010, revealed on Tuesday that she will be stepping down from the role to become Sadiq Kahn’s deputy mayor of transport.

Local councillors Brenda Dacres and Sakina Sheikh, and member of the ruling National Executive Committee (NEC), Claudia Webbe, are among the other minority ethic women tipped for a seat.

Sources told Huffington Post UK that Labour aims to draft its first ever all-woman, all-BAME (black and minority ethnic) by-election shortlist within the next few weeks.

Union official Lady Phyll is seen as a favourite due to moves that ensure candidates represent the ethnically diverse Lewisham East constituency in London.

As well co-founding UK Black Pride, Lady Phyll is a member of the TUC’s race committee, and is head of equality at the PCS trade union,

In 2016, she refused an MBE in the New York’s Honours List because of anti-LGBTQ laws sanctioned by the British Empire.

Some big news from me: I have today agreed to become the Deputy Mayor (Transport) for @sadiqkhan. This is a huge job with a massive impact on the life, health and economy of London. I will be leaving Parliament after 8 incredible years. pic.twitter.com/Gz4vxJAkzx

After she turned the award down, she told DIVA magazine: “As a trade unionist, a working class girl, and an out black African lesbian, I want to stand by my principles and values.

“I don’t believe in empire. I don’t believe in, and actively resist, colonialism and its toxic and enduring legacy in the Commonwealth, where – among many other injustices – LGBTQI people are still being persecuted, tortured and even killed because of sodomy laws… that were put in place by British imperialists. I’m honoured and grateful, but I have to say no thank you.”

One senior source praised Lady Phyll, and said she’d be a “breath of fresh air at Westminster”.

A former colleague told Huffington Post UK: “She’s massively well respected not just within PCS but across the trade union movement. And that takes some doing.

“She’s a black, lesbian single mum and it’s not been that easy to get where she’s got to. She worked her way up from the civil service to impress lots of people in the union.

“She’s a phenomenal campaigner and someone people can like and respect. She’s got that inspirational way about her. And, essential for someone who wants to be an MP, she recognises you need to build alliances, but from a leftwing perspective.”