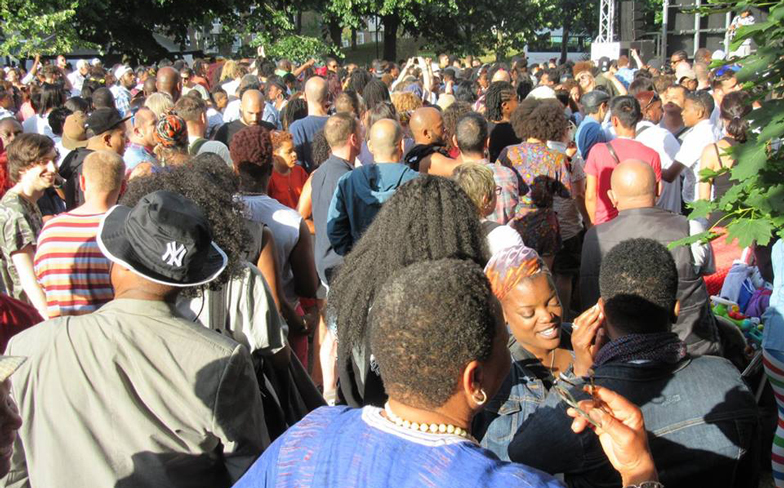 “We find their use of our logo opportunistic and misleading.”

UK Black Pride have criticised Pride in London for using their logo to support the Black Lives Matter movement.

Over the weekend, the socials for Pride in London uploaded a photo from last year’s UK Black Pride march, stating: “Our movement stands on the shoulders of incredible black and brown trans people who fought for our hard-won rights.

“To invalidate or erase their identities is absolutely unacceptable.”

They then shared charities and organisations to donate to such as Mermaids, Gendered Intelligence and a “new UK fund set up for Black Trans Lives Matter by our Director of Community Engagement Christopher Joell-Deshields.”

Today (8 June), UK Black Pride called out the annual LGBTQ+ festival for using their logo in an “opportunistic and misleading” manner, clarifying they are “in no way affiliated with Pride in London, nor their new fund.”

“The best way to support Black LGBTQ+ people is to donate to funds and organisations already working in community, and who have a track record of effective and meaningful interventions among marginalised groups,” they wrote.

UK Black Pride then shared the Exist Loudly Fund, which was set up by Tanya Compas to help support Black queer youth in London, as well as the UK QTIBIPOC Emergency and Hardship Fund, which provides support to Queer, Trans, Intersex, Black, Indigenous, People of Colour in the UK who have been disproportionately affected by the coronavirus pandemic.

They also suggested allies donate to Mermaids, an organisation that supports “gender variant and transgender youth,” as well as Gendered Intelligence, who deliver trans youth programmes, support for parents and trans awareness.

You can also donate to UK Black Pride here.