UFC’s Sean Strickland: “If I had a gay son I would think I failed as a man” 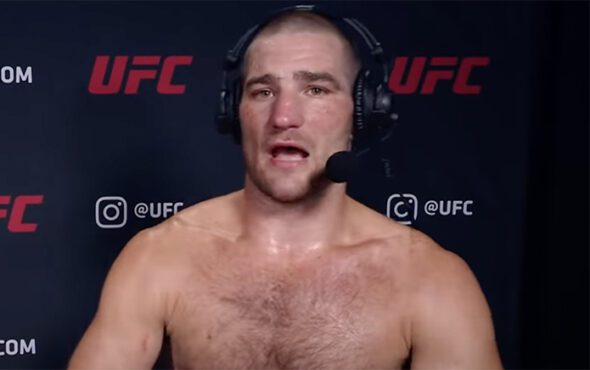 Sean Strickland is facing backlash on social media after tweeting that having a gay son wouild mean he “failed as a man”.

On 27 December, the 30-year-old took to Twitter to share some homophobic and misogynistic thoughts with his almost 26,000 followers.

Responding to a follower asking if he would rather have a “gay son or a thot daughter,” the fighter said: “If I had a gay son I would think I failed as a man to create such weakness….. If I had a whore for a daughter I’d think she just wanted to be like her dad lol!!”

He followed the tweet up with another that said he supports the “choices” made by gay men and added that they “all just get to hang with buddies all day and have sex”.

“LISTEN gay men are great, i support them and their choices,” Strickland wrote. “Freedom! Gay guys have it made. Most gay guys I know are always happy. They all just get to hang with buddies all day and have sex.. us straight men, we’re fucked… we gotta do some serious work to get laid. Not fair.”

The UFC star, who currently tanks number seven in the middleweight division, faced instant criticism for his comments

“Hate to break it to you, but you’ve already failed as a man,” wrote lawyer Ari Cohn.

Hate to break it to you, but you've already failed as a man. https://t.co/gW0GZ9TOeD

“Dude,” Cohn continued in another tweet. “Man up and sleep with men instead of repressing it and turning yourself into a psychopath.”

Another person added: “Maybe if straight men treated women the way gay men treat each other, it’d be easier for you.”

“I just asked gay son or thot daughter bro,” replied the person who originally asked Strickland the question that triggered the fighter’s series of tweets on the topic.

In the wake of the backlash, Strickland took to Twitter the following day (28 December) to address the “hate for that gay son joke.”

“You beta males need to calm the fuck down, this isn’t your college you’re not going to get laid here by a ‘zir’ or ‘it’ by being a little bitch,” he said. “It’s ok this is a safe place. Untuck your balls you’re allowed to be a ‘he’ here.”

Strickland was banned from Instagram earlier this month as a result of allegedly making similar hateful comments on the platform.