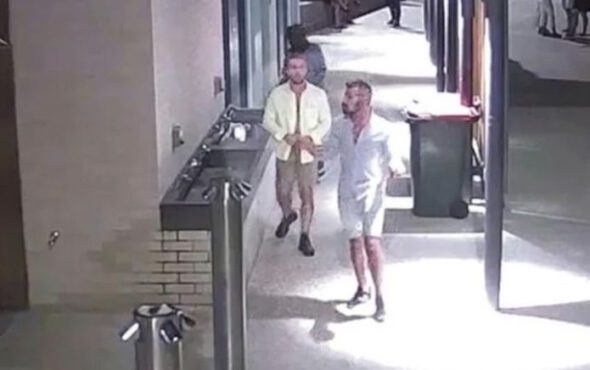 Two men in Australia have been arrested after they pretended to be gay in order to sexually assault a woman.

According to a report from WA Today, Alberto Nicoletti and his friend Vincenzo Mineo allegedly lured a woman into a public toilet and raped her.

The incident occurred near a popular bar called The Lookout in Scarborough, a coastal suburb of Perth.

The victim told authorities that Nicoletti and Mineo led her to believe that they were a gay couple and invited her to do cocaine in a beach bathroom.

Once inside, the two assaulted her and were later seen exiting the toilet on CCTV. It was also reported that they went to another bar and sexually assaulted two other women later that night.

Shortly after police began an investigation, the other women came forward to accuse Nicoletti and Mineo of similar crimes.

“During their investigation, Sex Assault Squad detectives were also contacted by other women who were allegedly sexually assaulted by the same men,” they said.

The police have described the victims as in their 20s who were under the influence and vulnerable during the attacks.

Nicoletti is currently facing up to 10 charges that involve six different women and span over the last five years.

Back in 2016, he was accused of sexually assaulting a woman in the parking lot of his restaurant Lago Di Como.

In July 2020, he posed as an Uber driver to lure an injured woman into his car and raped her at her home in South Perth.

This past July, he was accused of the same crime after he posed as a Uber driver and assaulted a woman leaving a nightclub in Northbridge, Australia.

Sergeant O’Leary, who is the prosecutor on the case, called Nicoletti a “dangerous sexual predator” after he opposed his bail request.

He also released a statement regarding the Uber related allegations, stating: “It must have been a terrifying experience for that young lady.

“It was an opportunistic, preplanned objective by him to hang around nightclubs in the early hours of the morning, preying on vulnerable females – that is what those alleged facts give a sense of.”

Nicoletti is currently in custody while Mineo is in home detention.

There are currently no pleas for the two assailants.