Two more young, Black, trans women have been murdered in the US 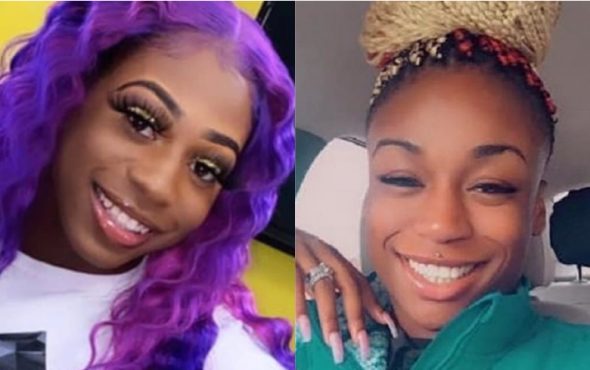 Brayla Stone, aged just 17, was found murdered in Sherwood, Arkansas on 25 June. Her body was found in a car off of Gap Creek Drive, and LGBTQ+ media only discovered her death recently as she was deadnamed in initial media reports. Her family also sought to have her deadname used in reports.

A change.org petition has been set up to demand justice for Brayla. At the time of writing, the petition has over 285,000 signatures.

In a since deleted post on Instagram, a user known as tapneason claimed to have been paid $5,000 to murder Brayla. They later claimed that they were “clout chasing” and hadn’t killed anyone.

A candlelit vigil was held earlier in the week and organised by the Center for Artistic Revolution. In a Facebook post, they said: “Brayla was someone who always held space for others to be themselves and express their identities.

“Despite the fact that these institutions didn’t support Brayla, it is important that we uplift her memory and dedicate ourselves to seeking justice for her. She was 17 years old and her life was taken far too soon.

In a statement, Tori Cooper, the Human Rights Campaign’s (HRC) director of community engagement for the Transgender Justice Initiative, said: “Brayla Stone was a child. A child, just beginning to live her life. A child of trans experience. A young Black girl who had hopes and dreams, plans and community.

“As a nation, we failed Brayla — as we have failed every transgender or gender non-conforming person killed in a country that embraces violence and upholds transphobia, racism, homophobia. Guns are not as important as people.”

On 30 June in Dallas, Texas, Merci Mack, aged 22, was shot and killed in the parking lot of the Rosemont Apartments at 3015 East Ledbetter Drive. Her unconscious body was found at 6:15am, an hour and a quarter after residents reported hearing gunshots, and she was pronounced dead at the scene by the Dallas Fire-Rescue team.

On her Facebook page, Mack said she loved baking cookies, relaxing in the jacuzzi and was looking forward to returning to her job in a restaurant as Texas eased its lockdown restrictions.

In a statement, Tori Cooper from the HRC said: “Another Black transgender woman has had her life stolen from her.”

Tori then referenced how deadly it has been for trans women in the United States recently, saying: “We cannot become numb to the fact that our community has learned of more killings of transgender and gender non-conforming people in the past few weeks than HRC has ever tracked in the past seven years.

“Her friends say that Merci Mack was a young, upbeat soul who deserved to experience a full life. HRC is mourning with Merci’s loved ones and are calling for a full, thorough investigation into her death.”

Texas is currently the deadliest state for trans people, as since 2016 at least 14 trans or gender non-conforming individuals have been murdered there, with nearly half of those happening in Dallas.

“We’re run by conservative Republicans, for now, who have openly tried to pass anti-trans legislation. It has obviously stirred up anti-trans sentiment in Texas.”

Police are asking anyone with information in connection with Mack’s death to contact Dallas police Detective Brian Tabor at 214-671-3605 or brian.tabor@dallascityhall.com.