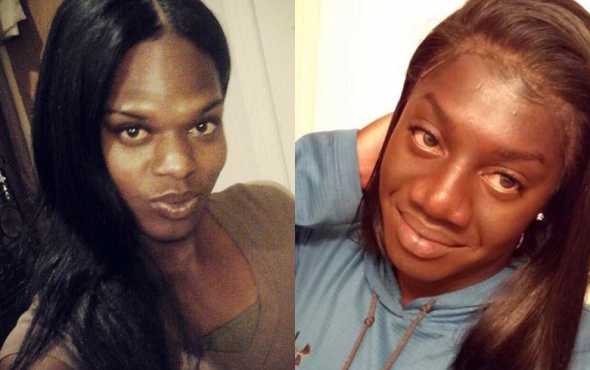 Shaki Peters and Bree Black have become the latest Black trans casualties in the United States this year.

According to the South Florida Sun Sentinel, Bree – who was just 27-years-old when she passed – was fatally shot in her hometown of Pompano Beach on Friday (3 July). She was pronounced dead at the scene around 10.30pm.

On Sunday (5 July), Black Lives Matter Alliance Broward created an altar and hosted a gathering in honour of Bree’s memory, with protesters later marching to Pompano Beach City Hall while chanting, “No justice. No peace.”

Tifanny Burks, an organiser with Black Lives Matter Alliance Broward, said: “We want some immediate answers to what’s going on and we want this investigation to be done with full integrity. We want to get connected to her family.

“We want to get connected with her friends because we don’t want this one altar, this one event to be the end.”

Shaki, a 32-year-old Black trans woman, was killed on 1 July in Amite City, Louisiana. The St. Helena Parish Sheriff’s Office, who misgendered her in their report, are investigating her death as a homicide and have identified a person of interest.

Natahalie Nia Faulk, a friend of Shaki who is also a Black trans woman, called her a “very independent person and very loyal to her friends,” and said she was “full of laughter and an abundance of life.”

Shaki and Bree are the 19th and 20th known killings of trans individuals in the United States this year. Another Black trans woman, Draya McCarty, was also found dead in Baton Rouge in the past week. According to Louisiana Trans Advocates, police have not yet ruled her death a homicide.

In a statement, they urged for local and state leaders to “speak out against these killings, against the ongoing, systemic devaluation of trans people that pervades our media and politics, and against the institutional racism that places almost all of this burden on trans women of color.”

Since the murder of George Floyd on 25 May and the subsequent protests in the United States for the Black Lives Matter movement, there’s been numerous demonstrations in support of the Black transgender community.

“I don’t think that anybody would say that there’s been enough attention focused on and around trans people and the state of violence they live in,” said Tori Cooper of the Human Rights Campaign (HRC), an LGBTQ+ advocacy group. “I think it is a weakness of the Black Lives Matter movement. We only speak out when Black men are being harmed or murdered.”