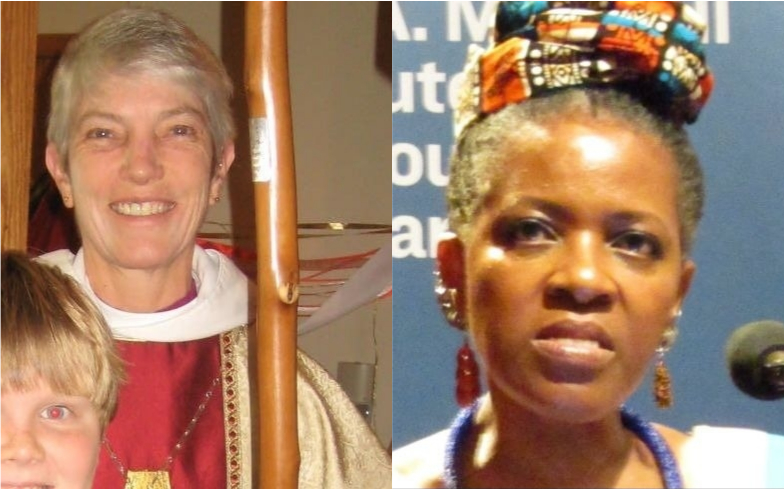 The Lambeth Conference is scheduled to take place in July.

Reverends Mary Glasspool and Mpho Tutu van Furth are to lead a service before the Lambeth Conference, a large gathering of Anglican bishops. The conference, which was last held in 2008, is set to discuss subjects like sexuality, gender and marriage.

The conference usually attracts 1,000 bishops from 165 different countries; it’s been delayed since 2018, due to arguments over same-sex marriage.

Reverend Mary Glasspool, an assistant bishop from New York, is due to preside over the service, known as the Inclusive Eucharist. Mary made history in 2017 when she became the first lesbian to be consecrated as an Anglican bishop.

Preaching at the service, which will be held at a church in Canterbury, will be Reverend Mpho Tutu van Furth, the daughter of Archbishop Desmond Tutu. Mpho used to be a priest, but was forced to give up her licence after she married her partner, Marceline, in 2016.

The church the service will be held at has not been named over fears it may become a target for those opposed to LGBTQ rights.

Mary and Mpho have previously been described as “arguably the two most famous Anglican married lesbians.”

Speaking to The Guardian, Mpho said the service would be one of “Christian welcome and hospitality” adding: “Jesus was always determined to make those who society sees as outsiders be insiders.”

Of the service, Mary said: “The LGBT+ community in the UK and other places might not understand that they are invited to celebrate at the Christian table.

“We need to make it known that everyone is included – all are invited to this particular celebration.”

However, neither woman will be allowed to invite their spouses to the conference after it was deemed “inappropriate” to invite them. In a letter to Mary, Justin Welby, the Archbishop of Canterbury acknowledged the “pain” this would cause her, and said it caused him “deep regret.”

It’s thought the move was made to “appease” conservative Anglican bishops in the United States.

Representatives from Nigeria, Rwanda and Uganda have said they will not attend the conference, potentially due to Mary and Mpho’s service.

Speaking to GSN about the service, Luke Dowding from One Body, One Faith, said: “We expect it to be a packed service with the need to stream it live to other venues.

“So far the reaction has been really positive. In terms of how the Lambeth Conference will react we are expecting there to be some negative thoughts towards it.

“But we hope this changes the narrative slightly and speaks to a positive view of including LGBT+ people.”