Raymond Gutierrez has come out as gay.

In an interview with MEGA Entertainment, the American-born Filipino TV host opened up about his journey towards self-acceptance and why now is the right time for him to publicly live his truth.

“Growing up, it was hard for me to even acknowledge who I am. Like, what is this? I had my brother who was so similar to me but so different in so many ways. But he never had to explain his sexuality, so why should I? And that was my thinking growing up,” he said.

Raymond said he was worried how his sexuality would impact the reputation of his family, which includes twin brother and actor Richard Gutierrez and celebrity parents Eddie Gutierrez and Anabella Rama.

“Being part of a family that is in the public space – we’re all entertainers for many generations already – I wasn’t deciding on things just on my own. Things that I do will not only affect me, but will also affect my family,” he continued. “So, that was kind of like the burden that I was carrying.”

The star also revealed that he was bullied when he first started out in the television industry, stating that “being gay now is not the same as being gay back then,” and you “feel like a mutant” in a heteronormative space.

“You walk in to backstage and people will say, ‘Ah, diba ‘yun ‘yung baklang kapatid ni Richard (Isn’t that Richard’s gay brother)’ Like I can literally hear them,” he said.

“I was still going through so many emotions at that time that I had no idea. Like, ‘Can I go through this first before you label me anything?’”

Over time, Raymond realised that he needed to be honest with his family because they have always supported him.

“As I grew older and as I matured, I realized that the best thing that you can really offer your family is to be yourself. So drop the cloak, drop the act; just be yourself. I’m lucky because my family wants nothing but the best for me,” he said.

Now out to his family and friends, Raymond decided to come out publicly to inspire a whole new generation of LGBTQ+ youth.

“I want to be an example to the next generation who are struggling, who are feeling suppressed to take time in finding themselves and being happy with themselves. For me, it’s—sexuality is just one aspect of who you are. It doesn’t define who you are,” he explained.

Raymond’s Instagram post about the article was met with overwhelming support, including from his brother Richard. Check that out below and read the full interview with MEGA Entertainment here. 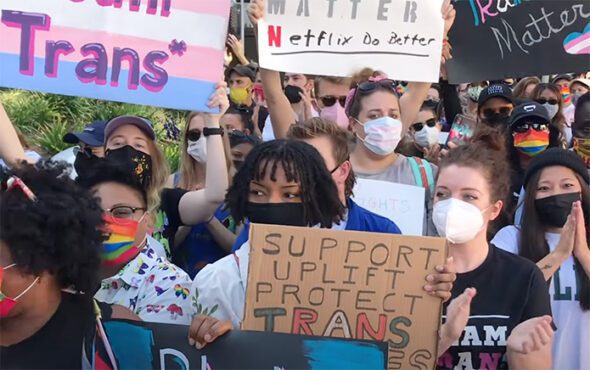