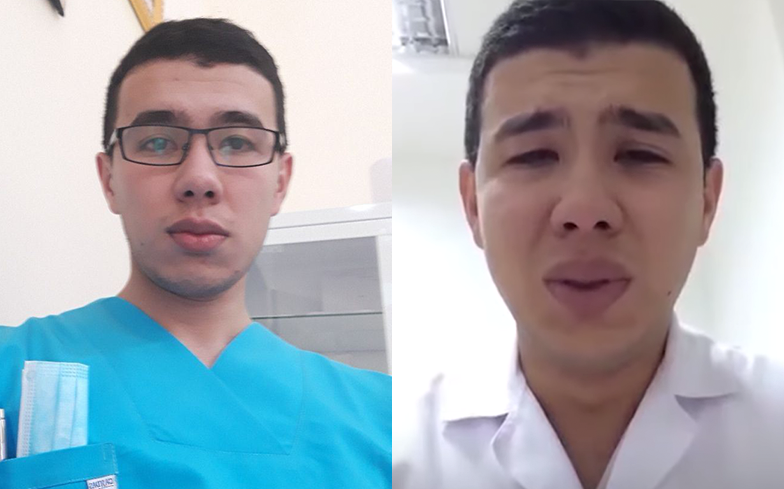 “If I disappear, forgive me,” he said in the video.

A doctor from the Republic of Turkmenistan has vanished after coming out as gay.

Kasymberdy Garayev, 24, worked as a cardiologist in Turkmen capital, Ashgabat. Last month (21 October), he recounted his struggles as a gay man in the staunch, anti-gay country under a pseudonym to RFE/RL’s Turkmen Service.

In Turkmenistan, being gay is punishable with up to two years in prison. He described the huge pressure he was under from Turkmen officials and his family, who tried to convince him to “live a lie” and stay closeted, out of fear of prosecution.

They tried to arrange him into forced marriages, seek “help” from psychiatrists and have intercourse with prostitutes to “turn” straight. After the interview was published, authorities used every tool at their disposal to discover his true identity.

Garayev eventually released an emotional “farewell” video to the public, in which he apologised to his family for the problems he caused them after coming out, and begged them to accept him for who he is.

“I really did not mean to harm you by my behaviour. I am sorry. If I am gone, don’t blame me,” he said in the harrowing clip. “Dad, don’t be too nervous, otherwise you will get sick. Mom, don’t worry either. Kovus, keep an eye on them all.

“Forgive me. Kovus, be careful, keep an eye on everyone. Kyas, be considerate and learn to think a little. Act considerately, be careful. Akja, my little sister, you haven’t seen anything yet, only tears. Forgive me too.

“Akjahanjan, I hope you grow up a beautiful, prominent girl. Be a good girl. I guess I won’t see how you grow up. I am sorry. All be happy and honest. Live in a happy family, but now without me. I beg you again, forgive. Sorry. I kiss you all. Farewell.”

On 24 October, Garayev was summoned by the police station. He has not been heard from since. RFE/RL’s Turkmen service contacted Garayev’s clinic for information on his whereabouts and they were told “this person no longer works here”.

It has also been reported that his family have gone missing. They are no longer at their home in Ashgabat.