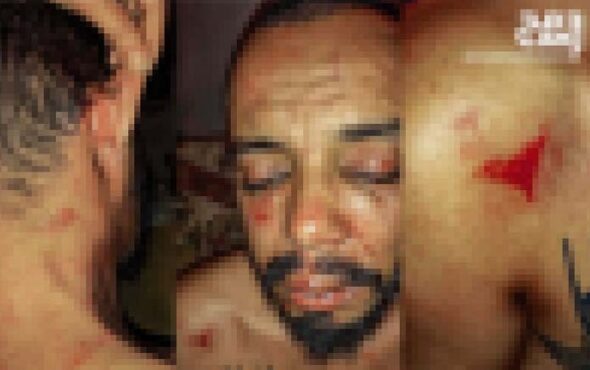 The director of one of Tunisia’s LGBTQ+ rights groups was brutally beaten by two men who are believed to be police officers.

According to Human Rights Watch (HRW), Badr Baabou was attacked on 21 October in downtown Tunis at 9pm.

Baabou, who is the director of Damj Association for Justice and Equality, was on his way home at the time and told HRW that he was ambushed.

One of the culprits was wearing an Internal Security Forces vest and the other had police boots on, making Baabou believe they are officers on the force.

The pair stole the victim’s wallet, ID, phone and work laptop, which has an array of confidential information on it.

There have been several complaints filed against the police by Baabou and the Damj Association on behalf of LGBTQ+ people, many of whom claim they were assaulted by security forces since its creation in 2005.

“The assault on Badr Baabou was a dangerous attempt to silence him and other LGBT rights activists,” said Rasha Younes, a researcher at HRW. “Tunisian authorities should urgently respond to Baabou’s complaint, investigate the incident, and hold the attackers accountable.”

Speaking to the HRW, Baabou said that one of the men placed their boot on his neck to silence his screams.

“After they pushed me to the ground and stole my devices, the police officers repeatedly punched and kicked me,” he explained. “One placed his boot on my neck so I would stop screaming. I couldn’t breathe.”

The victim also shared that when bystanders tried to help, one of the attackers told them: “We are the police. This is the penalty for those who insult the police and file complaints against us.”

He added that the assailants referred to him by his full name and shamed him for his efforts to improve and defend LGBTQ+ rights before threatening to kill him.

As a result of his ordeal, Baabou filed a complaint with the public prosecutor’s office in Tunis First Instance Court against the alleged officers, the director general of national security and the director of the Tunis Region.

Baabou suffered a concussion and injuries to his neck, rib cage, eye and face from the beating, his medical records state.

He also had hematomas and a 2-4 centimeter blunt force trauma to the head and forehead, resulting in his doctor ordering him to be regularly monitored for 15 days.

“LGBT activists and organizers do not feel safe on the streets of Tunisia,” Younes explained. “Tunisian authorities have a responsibility to investigate the attack on Badr Baabou and ensure the safety of activists who are doing important work in a climate of intimidation and violence.”