Trisha Paytas made thousands from controversial ‘coming out as trans’ video 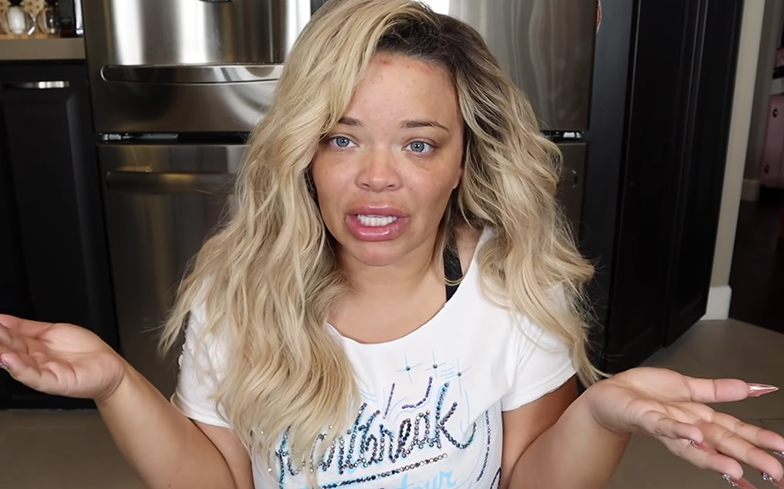 Trisha Paytas has been called out for lying about making money off her controversial ‘coming out’ video.

The YouTube personality and former Celebrity Big Brother contestant received a huge amount of backlash when she released a video announcing that she identifies as a trans gay man earlier this year, with viewers confused by the language she used.

The situation is made more difficult given the YouTube star’s history of clickbait video titles and courting controversy for views, including ranting about immigrants and ‘outing’ her ex-boyfriend.

After facing criticism from many in the LGBTQ community who accused her of “outrageous click bait” and trans-baiting, Trisha released an apology and claimed that she had not made any money from the video.

But during a new interview with Ethan Klein on his H3 podcast, it was revealed that Trisha had in fact made money from the video.

“The trans video has over three million views. Many people are claiming that you do that in part for YouTube revenue. Is that true?” host Ethan asked.

“No, because YouTube doesn’t monetise LGBTQ+ videos, like if you talk about it they don’t put ads on it. Also I demonetise all of my scandal videos,” replied Trisha.

Ethan explained that when he viewed the video, he was presented with two adverts, which only happens when a video is being monetised.

After being asked to download the YouTube Creator Studio app on her phone to prove that she wasn’t making money from the video in question, it turned out she had in fact made $8,000 in revenue from adverts.

“I mean, it’s fine,” replied Trisha, claiming that she “didn’t know” the video was monetised.

“I just think it kinda undermines that whole argument that you’re doing this just to tell your story, but clearly you made $8,000 from it,” argued Ethan.

Many LGBTQ people have since expressed frustration that their initial concerns that Trisha was exploiting the trans community for money now seem to have been proven true.

“So Trisha Paytas lied and actually made $8000 off her transgender video even though she said she didn’t monetise it,” wrote one Twitter user.

“Trisha Paytas made $8,000 dollars on that video essentially mocking trans people. I need $8,000 for my top surgery. Disgusting behaviour and profits from it,” added another.