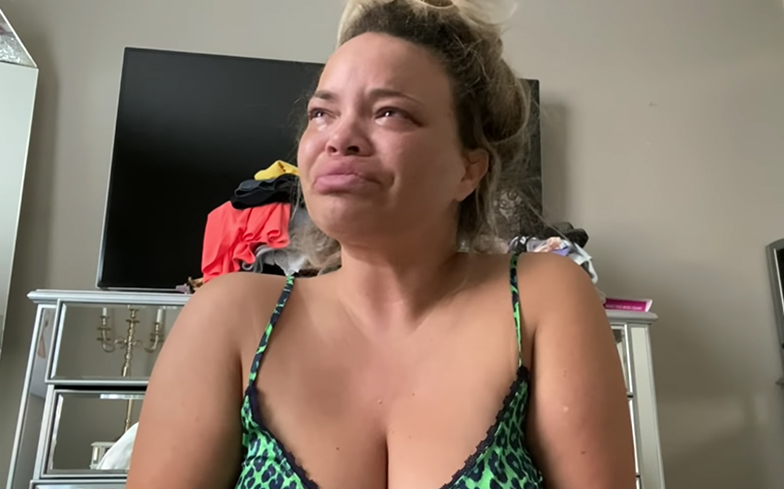 The controversial YouTube star and former Celebrity Big Brother contestant received a huge amount of backlash when she released a video announcing that she identifies as a trans gay man, with viewers confused by the language she used.

After facing criticism from many in the LGBTQ community who accused her of of “outrageous click bait” and trans-baiting, Trisha has now released a follow-up YouTube video simply titled “apology” in which she addressed the situation.

“I am overwhelmed by the amount of backlash. I put out that video and in no way did I think I would get so much backlash and hate – and a ton of hate from the LGBTQ community,” she began the video.

“That alone breaks my heart so much because I would never want to offend that community that I’ve been so strongly for and admired and love and allied with for so long, especially the transgender community.”

Trisha explained that she’s been seeing a gender therapist for six months, and said she’s been feeling this way “since I was five, six, seven” years old.

The situation is made more difficult given the YouTube star’s history of clickbait video titles and courting controversy for views, including ranting about immigrants and ‘outing’ her ex-boyfriend.

“I have so much anxiety over this because of all the things I’ve done, I’ve obviously trolled in the past, and I’ve said things I don’t mean or don’t stand by, but this is something I so strongly stand by,” she continued.

“I’m sorry if I offended people with the language and the way I said things. I’m so new to all this. I never really talked about it before this year. I never really looked into it.”

In her original video, Trisha expressed her desire to continue using her birth name and female pronouns. She also dismissed non-binary and gender nonconforming people by saying it’s “super confusing” when people use ’they’ and ‘them’ pronouns.

Despite releasing the ‘apology’ video, Trisha has continued to face backlash on social media.

One Twitter user wrote: “Trisha. Honey. A majority of people, myself included, are not in uproar that you are trans. We’d welcome you if that’s the case. Embrace you. BUT, the fact that you were trolling for years, said you were a freakin CHICKEN NUGGET makes us believe, that this is just a mockery.”

Another added: “My [male-to-female] sibling saw your other video, looked at me with tears rolling down their face and asked me if people just think they’re some sort of joke. You have caused real hurt.”

Some defended Trisha, arguing that people should be more understanding and sympathetic to her announcement.

“No trans person entered this world with a full understanding of the correct terminology to use,” wrote genderqueer YouTube star Jake Edwards.

“My main issue with the video was the lack of understanding and conflating gender stereotypes with gender identity. BUT this should be met with allowing Trisha the space to learn.”