Transgender woman’s hair “ripped out” in homophobic attack in Malta 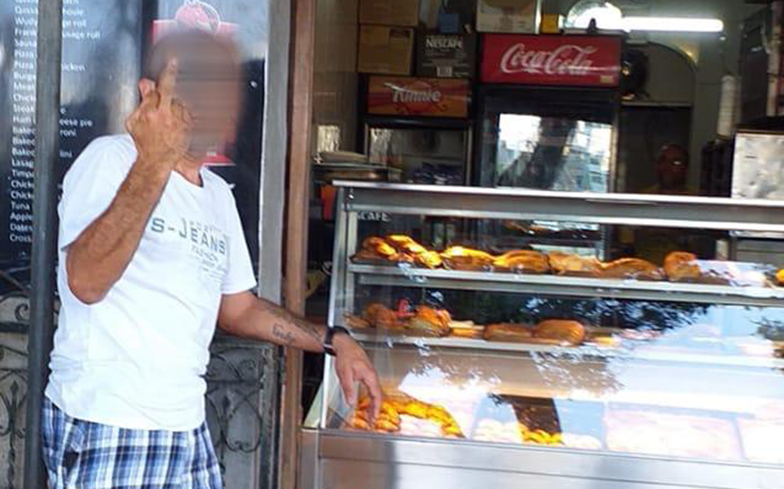 “He raised his hand to me, he punched me in the face and ripped out my hair.”

A transgender woman was reportedly victim to a violent homophobic attack in Malta on Sunday (4 August).

The incident occurred at the Kulleġġ bus stop in Msida after the woman – who has chose to remain unidentified – left work and ordered a cheese cake at a pastizzeria, where she was approached by one of the locals.

In front of all the customers, the assailant told her to eat a sausage roll because she’s a “fucken pufta” and it would “suit” her more, and after she responded, he punched her in the face and pulled chunks from her hair.

Speaking to Times of Malta, the woman said: “He raised his hand to me, he punched me in the face and ripped out my hair. I tried to defend myself and that’s when people started to intervene.

“The thing that hurts me the most is that transgender people who came out in the 80s and 90’s cannot move forward. They keep getting attacked and labelled with their past, they are ignored by society and it doesn’t get better for them.”

She revealed that she would not be filing a complaint with the police because of her previous encounters with the law, and said she would be “punishing” herself if she ended up back in the courtroom.

“I’m trying my best and I’m not hurting anyone, just let me live,” she added.

A spokesman for the Malta LGBTIQ Rights Movement (MGRM) said the attack is “unacceptable that in this day and age we still come across shameless acts of abuse in broad daylight, right in front of everybody.”

The woman managed to capture a photo of her attacker, which she posted on Facebook alongside a detailed description of what happened – see below. 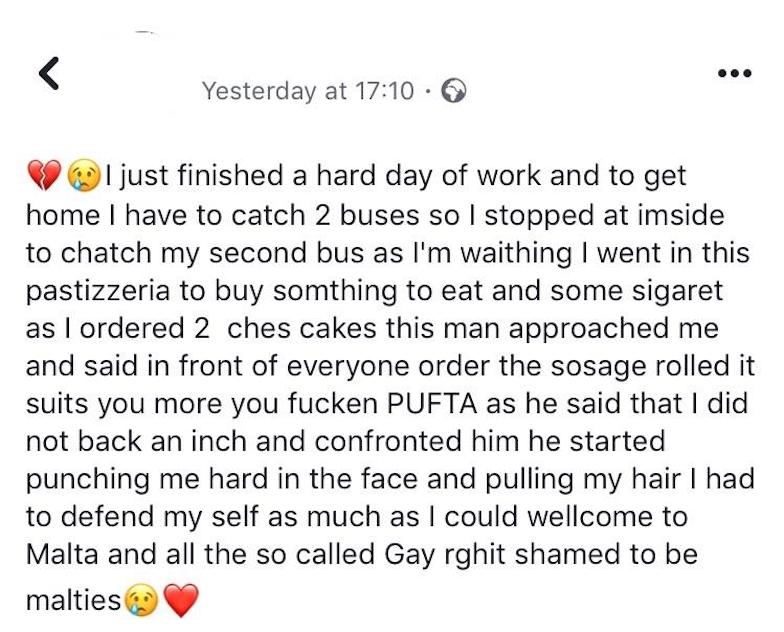