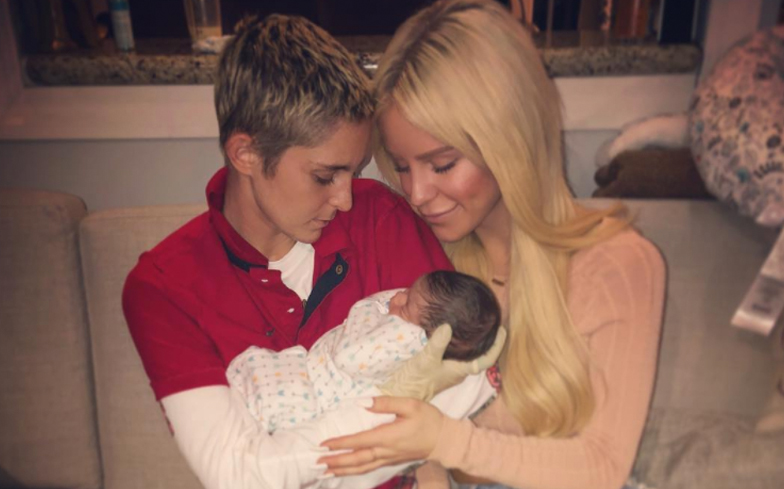 A huge congratulations are in order for Gigi Gorgeous and her girlfriend Nats Getty, who became proud parents over the weekend.

The trans YouTube star confirmed on social media that she has become a mother to her baby son Enzo, who was born via a surrogate.

“Thank you to our beautiful surrogate,” Gigi posted on Twitter, along with a picture of herself with her child.

She later confirmed the child’s name by posting a picture of some personalised baby rompers on Instagram stories.

Gigi Gorgeous recently released her new documentary This Is Everything, which took an inside look at her high profile lifestyle.

“I think my life is a show, but that’s what I signed up for,” the 25-year-old said at a screening of the film.

“The good, the bad, the ugly—it’s all out there. But I’ve learned to spot red flags… and I’ve learned over the years to keep myself safe.”