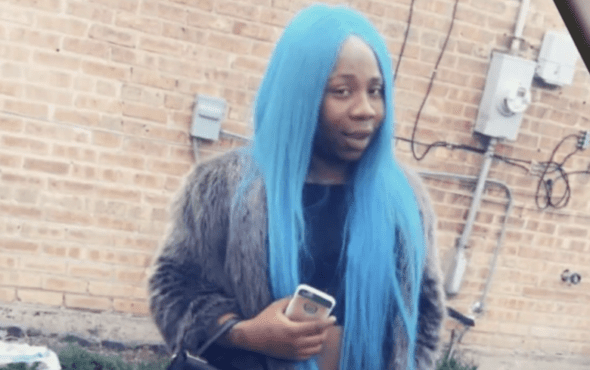 Courtney was misgendered in police reports.

Courtney “Eshay” Key, 25, has become the latest trans woman to be murdered in the United States this year.

At least 42 trans people, mostly Black trans women, have been murdered in the United States in the past year.

Police initially listed Courtney’s identity as an unknown male, but her family told CBS that this was an “insult” to her life and her memory. When CBS approached the police over the misgendering, they continued to list her as a male.

Police found Courtney’s body at 8:35 am on Christmas Day on the south side of 82nd Street near Drexel Avenue. Police originally believed that Courtney had been the victim of a hit and run, but they later discovered gunshot wounds on her body.

Friends and family described Courtney as the “life of the party” and as “hilarious and determined.”

Beverley hit out at the police for misgendering Courtney, saying: “We are human. We are real. We’re tired of Chicago police misgendering trans people; gender non-conforming people.”

She added: “They’re dehumanising our character.”

Beverley also believed that Courtney had been the victim of a targeted hate crime, saying: “We need to get to the bottom of this because Black trans lives matter. We are not going anywhere.”

According to the Human Rights Campaign, which monitors the murders of trans and gender non-conforming people in the United States, at least 42 trans people have been murdered this year. The HRC said this was the highest amount of violence against the trans and gender non-conforming communities that they had ever seen since they began monitoring in 2013.