Trans teenager left with concussion after being attacked at school 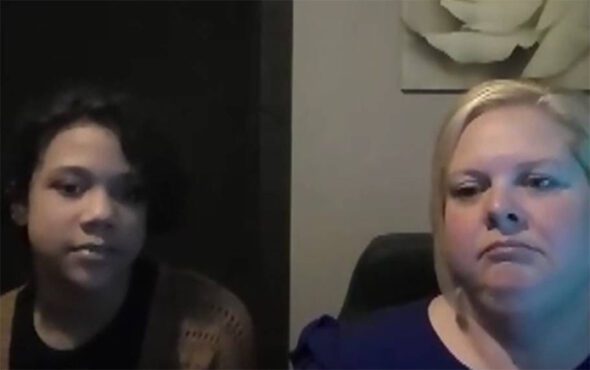 A transgender student said that she was attacked and left with a concussion at high school after being verbally assaulted.

Willow Andring explained to CBS Pittsburgh that a male student assaulted her after making verbal insults about her trans identity in an incident that was caught on camera at Armstrong High School.

“He pulled me from behind and started beating me up,” Andring said. “Before that he had been calling me names, saying, ‘It’s not a she, it’s not a he, it’s an it.’”

The 14-year-old told her mother that the insults started at lunch earlier that day, with the situation eventually escalating into a physical altercation.

“What Willow told me that day was that they were used to the name-calling and that they could bear it, but they never thought that this would happen,” Heather Andring, Willow’s mother, said.

Heather called on the Pittsburgh-based secondary school to enforce tougher consequences on 8 November at a school board meeting, adding that it also needs to implement widespread change.

“We would really like to see a change in the culture at the school,” she stated.

The board said its members “are listening” to concerns raised by parents.

“Appreciate all of your comments on behalf of the board. We are listening and we are certainly willing to work with the community and the administration to do whatever it takes to be proactive and not reactive to this problem and promote change,” they explained.

Transgender and non-binary people in the UK face discrimination in all aspects of their day to day life, a recent study found.

Published on 29 September, TransActual UK’s ‘Trans lives survey 2021: Enduring the UK’s hostile environment’ report aims to highlight the reality of living as a trans and/or non-binary person in the UK.

The report is based on the TransActual Community Voice Survey 2021, an online survey of trans adults in the UK that was carried out between January and February 2021.

According to TransActual UK, there were 702 responses to the survey, however five responses were ineligible, meaning the report relates to the 697 eligible respondents.