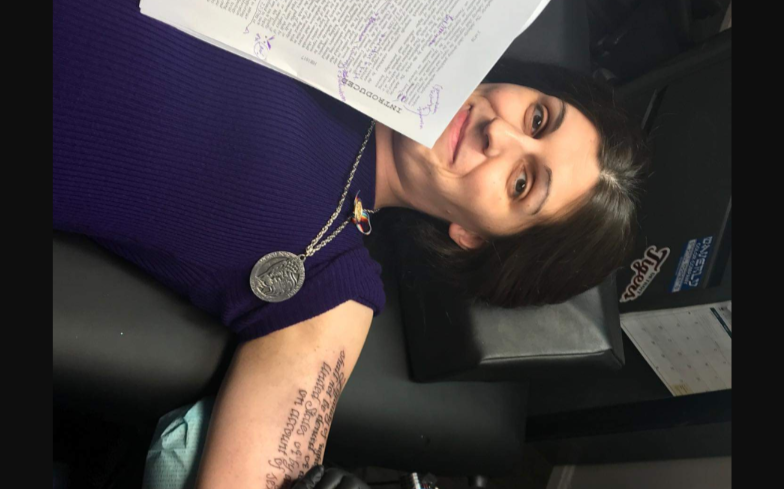 She got the tattoo the day before Virginia ratified the legislation.

Trans politician Danica Roem, who became the first trans state legislator in 2017, has gotten the first 24 words of the Equal Right Amendment tattooed on her arm. The tattoo was inked on her left arm the day before Virginia became the 38th state to ratify the amendment.

Speaking about the tattoo, Danica said: “It is a values statement I’m proud to carry with me for the rest of my life.”

Danica had the tattoo done at the Body Gallery in Sterling, Virginia. The owner of the shop, Mike Piwowarski, said that although others had had the Equal Rights Amendment tattooed on themselves, Danica was the first politician to do so.

The Equal Rights Amendment, which was supposed to be ratified all the way back in 1982 would help ease legal battles over trans rights as well as gender expression in areas such as education, healthcare and housing.

It would also guarantee paid paternity leave for both parents, as well as bolstering pay equity, domestic violence laws and pregnancy discrimination protections.

When Danica was sworn in as a state legislator, she wrote on Facebook: “My gratitude extends beyond words to the people of the 13th District and every person who helped make this special day happen. We did it.

“And I’m so thankful for everything you’ve done and continue to do to inspire me to be the best legislator I can be for the people of Manassas Park, Prince William County and the Commonwealth of Virginia and for every transgender kid who knows they can succeed because of who they are, not despite.”

The state also doesn’t have a ban on gay ‘conversion’ therapy, doesn’t have anti-discrimination laws, apart from for federal employees, and allows certain religious exemptions for same-sex couples when it comes to adoption.