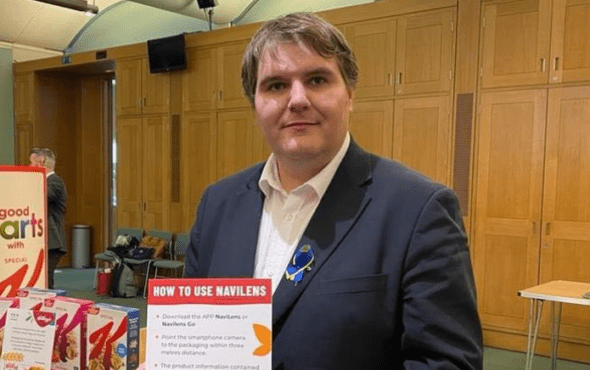 The UK’s first transgender MP has hit out at the government for its attempt to exclude transgender people from a law banning ‘conversion therapy’.

Jamie Wallis, who is the Conservative MP for Bridgend, came out as transgender last week: “I have never lived my truth and I’m not sure how. Perhaps it starts with telling everyone.”

Last Thursday (31 March), it was revealed the government was no longer planning to introduce a ban on‘ conversion therapy’, according to documents obtained by ITV News.

“The Prime Minister has changed his mind off the back of the reaction to our report and he WILL now ban conversion therapy after all,” said Paul Brand of ITV News.

The government’s inconsistent plan to ban so-called ‘conversion therapy’ has resulted in more than 100 organisations dropping out of the government’s Safe to Be Me conference.

“Many have asked what my thoughts are. I’ve always believed that this debate attracts unnecessary hysteria and toxicity, and meaningful results can only come from meaningful debate.

“Understandably, concerns need to be looked at and debated, but it is wrong to exclude protections for a whole group of people from a practice described as “abhorrent”.

“I hope the announcement that a separate piece of work will now be done on this issue will be done at speed. If the CT ban passes through parliament without any protections for the transgender community, it cannot be described as anything other than a broken promise.”

“The Government has a proud record on LGBT rights, and the Prime Minister is committed to bringing forward legislation to ban conversion therapy,” a government statement read.

“Recognising the complexity of issues and need for further careful thought, we will carry out separate work to consider the issue of transgender conversion therapy further.

“This is a legally complex area and we have a responsibility to ensure unintended consequences are not written into legislation, particularly in the case of under 18s.”

A Stonewall spokesperson said: “We recognise that in response to outrage from the LGBTQ+ community and our allies, the Prime Minister’s position has shifted. He now proposes a partial ban, one that protects lesbian, gay and bi cis people, but leaves trans people, including trans children, at continued risk of abuse.

“This is out of step with every other nation that has recently introduced a ban on conversion therapy, and ignores all credible international research that is available, including the position of the UN Independent Expert.

“It is apparent that trans people have once again been sacrificed for political gain. Commissioning a separate body of work to unpick something that has already been resolved many times the world over, can only be read as an attempt to kick the issue of protecting trans people into the long grass. This is callous and unacceptable.

“Conversion therapy is happening to LGBTQ+ people in the UK right now, and every day without a ban is a day where LGBTQ+ people remain at risk of lifelong harm. Trans people are amongst the highest risk groups in our community – the latest research from Galop shows that 11% of trans people have been subjected to conversion practices by their own families.

“Trans people are no less worthy of respect, care and protection than cis lesbian, gay and bi people.”

You can read the full statement written by Jamie Wallis MP here or below.

1/ I’m bitterly disappointed at the Government’s decision not to include gender identity in the ban on conversion therapy. Many have asked what my thoughts are. I’ve always believed that this debate attracts unnecessary hysteria and toxicity, and…