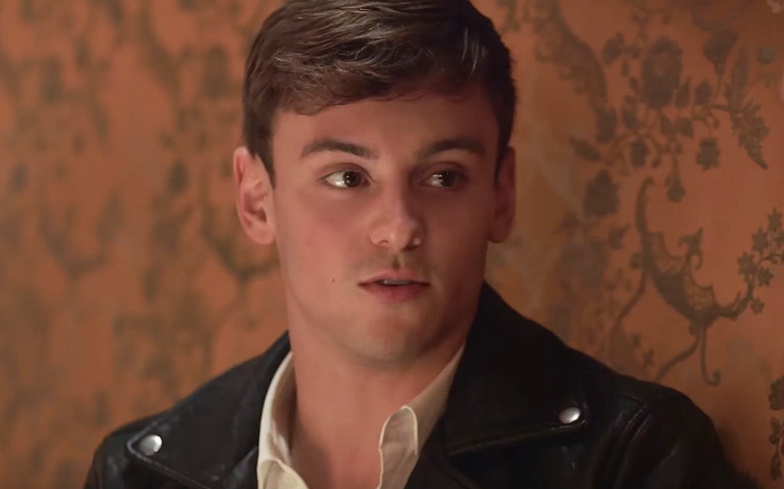 Earlier this year after he won his fourth gold medal alongside Dan Goodfellow in the synchronised 10m platform at the Commonwealth Games in Gold Coast Australia, Tom Daley took the opportunity to shine a light on a very big LGBTQ rights issue.

37 of the 53 nations that competed in the Commonwealth Games have laws against homosexuality, with most still enforcing colonial-era laws originally imposed on them by the British.

Tom spoke out on the issue, saying that he wants to raise awareness of this fact in order to start the wheels of change and get LGBTQ people across the globe equal rights and protection from their governments.

The 24-year-old has now opened up why he’s chosen this point of his career to become outspoken on LGBTQ rights as one of sport’s more prominent openly gay athletes.

“I got to go to the [2018] games with my grandad, grandma, my mother and Lance, and we sat down for lunch. I looked at Lance and thought: ‘How lucky am I to be able to be married to the person I love without any worry about ramifications, to be able to represent my country at a sport I love to do, and not have to worry about getting thrown in jail?’ he said in an interview with The Guardian. “At the time, there were 37 countries that criminalised LGBT people – Trinidad recently has legalised. Lots of people in the UK were shocked to hear that there were countries at all where it’s illegal. People of my generation, we just don’t realise.

“I’ve learnt so much from Lance [who’s 20 years older] about how different it was 20 years ago in the States even, but there are so many countries in the world where it’s so dangerous, and anybody who’s out is so brave.

Tom Daley is currently promoting his new healthy lifestyle book Tom’s Daily Goals, which is out on 23 August.

Meanwhile, Tom recently celebrated the birth of his and Dustin’s son, who they’ve named Robert after Tom’s father who died of cancer in 2011.