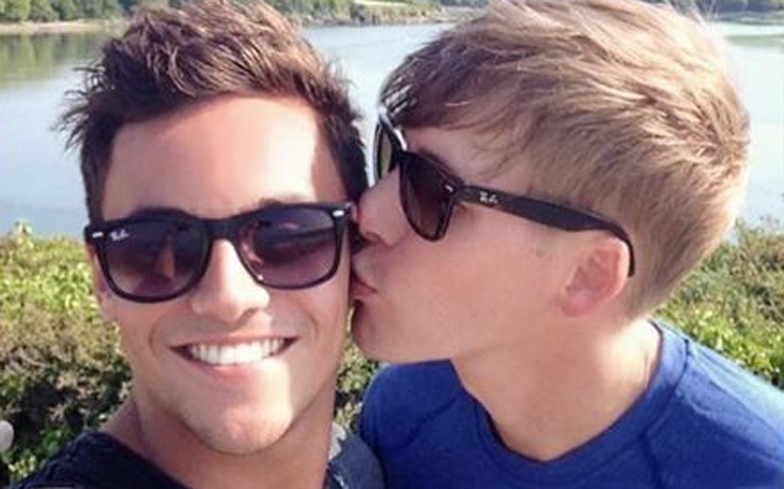 Last month, Tom Daley and Dustin Lance Black celebrated Valentine’s Day with the news that they are expecting their first child.

The couple made the announcement with a picture of themselves holding up a scan of the unborn baby – and now the Olympic diver has revealed the sex of the child.

While the majority of their followers were full of support and congratulations when they revealed their news back in February, the announcement shone a spotlight on the ugly reality that in some corners of the press, LGBTQ people are still not seen as equal.

Right-wing columnist Richard Littlejohn took the opportunity to spread his bigoted views in a shocking opinion piece in the Daily Mail. He added: “But where’s the mum, the possessor of the womb which features in this photograph? She appears to have been written out of the script entirely. We are not told her identity, where she lives… she is merely the anonymous incubator.”

Speaking about their decision to use a surrogate mother, Tom said: “When people judge about us using a surrogate, there are lots of people in this world that can’t have kids, wherever it’s due to fertility issues or health issues, whatever it may be, I don’t think there would be as much drama if it was a straight couple.

“I think especially with Kim Kardashian people almost felt sorry for her that she’s not able to have a child because of health reasons, how lovely it is that a surrogate has been willing to do that.

“But for every other gay couple that isn’t able to have a child but desperately would love to bring up a child, just like any heterosexual couple, we have been treated quite differently.”

Littlejohn’s comments rightly caused outrage, and many big organisations pulled their advertising from the Daily Mail, including Center Parcs, Quorn and the Southbank Centre.

At the time, Dustin Lance Black took to Instagram to address the negative reaction their good news.