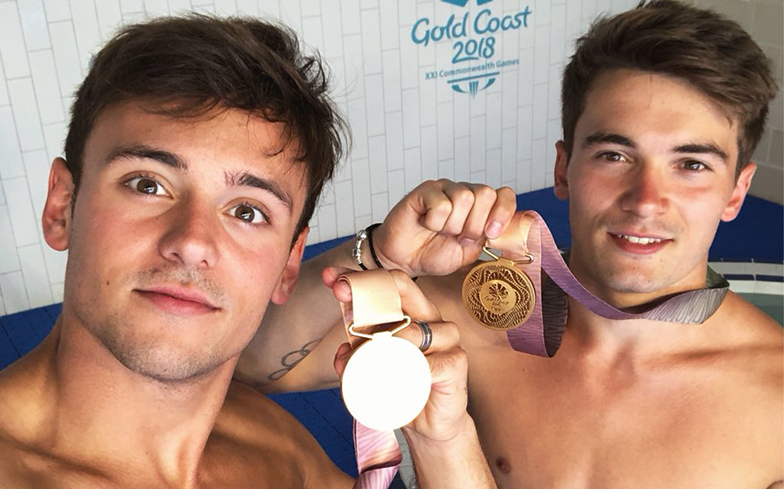 The 23-year-old British diver recently won his fourth gold medal alongside Dan Goodfellow in the synchronised 10m platform at the Commonwealth Games in Gold Coast Australia.

Tom took to his Twitter this morning to celebrate his win, writing “GOLD” in capital letters, but also expressed his feelings about the other Commonwealth nations which criminalise LGBTQ people.

“37 of the competing nations criminalises being LGBT+,” he wrote.

“I feel so lucky to be able to be openly who I am without worry. I hope one day every athlete from every nation in the commonwealth will be free to compete openly as who they are too!”

37 of the 53 nations competing in the Commonwealth Games have laws against homosexuality – that’s a massive 70%.

“I feel extremely lucky to compete openly as who I am, not worry about ramifications. But for lots of people living in those countries it’s not the case,” Tom told BBC Breakfast.

“We have to talk about these things and shine a light on them in order to get change.

“You want to feel comfortable in who you are when you are standing on that diving board, and for 37 commonwealth countries that are here participating that is not the case.”

Tom will compete in diving’s world series in Russia – where same-sex marriage is not recognised – in May.

“Going to Russia can be scary. You’ve got to compete in front of lots of people who know I’ve got a husband,” he said. “You have to face those things and try and make change.”

Tom married screenwriter Dustin Lance Black in May last year, and since then the two have announced that they are expecting a baby boy together.