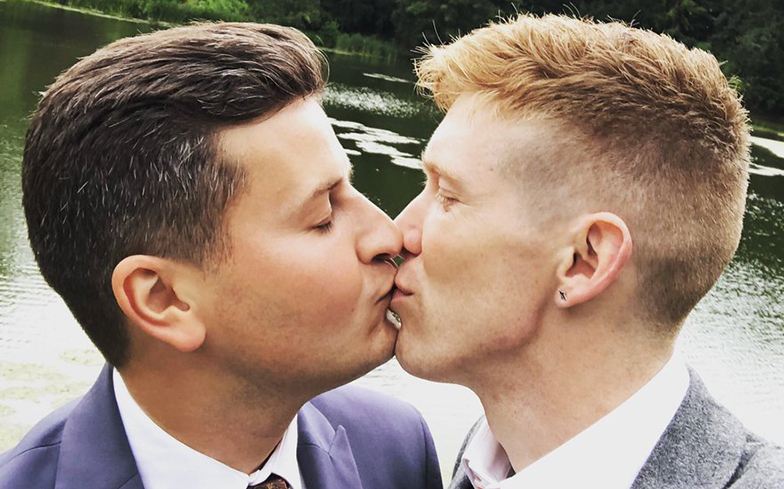 Tom Bosworth has revealed he lost followers after sharing a photo of him and his fiancé.

The Olympic race walker, who became Britain’s first track and field athlete to come out as gay back in 2015, celebrated National Coming Out Day last week by posting a photo of him and fiancé Harry Dineley kissing on Instagram.

“It’s #nationalcomingoutday so I thought I’d post the reason I came out,” he wrote alongside the adorable photo.

“To all those struggling with the decision, if the time is right and you have the reason to do it, then DO IT! You’ll instantly feel better and you’ll wonder why you never did it sooner!

“It won’t be easy, it is terrifying and there will still be challenges to over come, but trust me, it’s worth it.”

While the photo was flooded with comments of love and support for the medal-winning athlete and his fiancé, Tom has since revealed that several people unfollowed him, presumably in response to seeing two men kissing.

“Last night I shared this picture on Instagram for National Coming Out Day. It received a lot of love! Since then 50 people unfollow me,” he wrote on Twitter.

“I don’t post romantic pictures very often and I’ve never hidden who I am so I don’t understand why these individuals followed me in the first place!”

Last night I shared this picture on Instagram for #nationalcomingoutday. It received a lot of love! Since then 50people unfollow me!😳
I dont post romantic pictures very often and Ive never hidden who I am so I dont understand why these individuals followed me in the first place! pic.twitter.com/i26ggpiJ1w

Tom, who holds the World Record for the one mile race walk and collected silver in the 20km race walk at the Commonwealth Games earlier this year, is expected to head to Qatar next year for the World Championships in Athletics.

Despite homosexuality being illegal in the country, with men who have sex with men facing up to three years in prison, Tom told The Independent that he’ll speak out in support of LGBTQ rights when he attends.

“I will not be afraid to speak out,” he said. “I’m going there to do a job and compete but I want to do that safely, happily and I want those opportunities for everybody.”

While Tom will be heading to Qatar, he won’t be bringing Harry or his family along for the journey, adding: “I’ve told my fiancé, ‘don’t even consider coming… I don’t want you or my family to come’.”