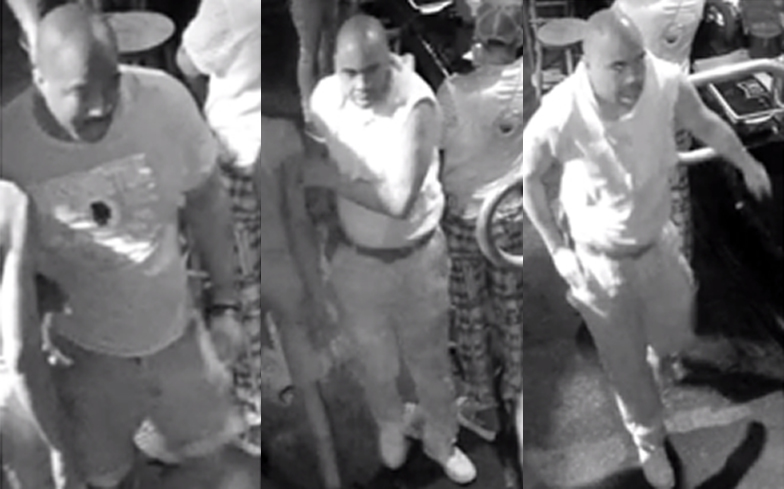 Three people were stabbed inside a gay bar in Washington, DC on Sunday morning.

A press release from the Metropolitan Police Department says two suspects and the victims “were engaged in a verbal dispute” inside The Fireplace in Dupont Circle at 1:42am on Sunday.

“One suspect brandished a knife and stabbed three victims,” says the press release. “The suspects then fled the scene. The victims sought treatment at area hospitals for non-life threatening injuries.”

According to the Washington Blade, Lieutenant Brett Parson, who oversees the LGBT Liaison Unit, confirmed the stabbings took place on the second floor of The Fireplace venue. The sexuality of the victims has not been confirmed.

A surveillance camera captured two men who have been identified by the Metropolitan Police Department as suspects. Anyone with information on the attack has been asked to call 202-727-9099 or text the MPD’s Text Tip Line at 50411.

MPD seeks the public's assistance in identifying two suspects in reference to an Assault with a Dangerous Weapon (Knife) offense that occurred on 6/16/19 in the 2100 blk of P St., NW.

The attack came just days after Zoe Spears, a trans woman who previously lived in Casa Ruby in Washington, DC, was killed in Prince George’s County, Maryland, which borders the eastern portion of Washington, DC.

It’s also two months since trans woman Ashanti Carmon was murdered in the same area as Spears, losing her life the day before Trans Day of Visibility after suffering multiple gunshot wounds.