“London’s #ReclaimPride today showed that #Pride doesn’t have to be corporate and commercial. It was a celebration AND protest.” 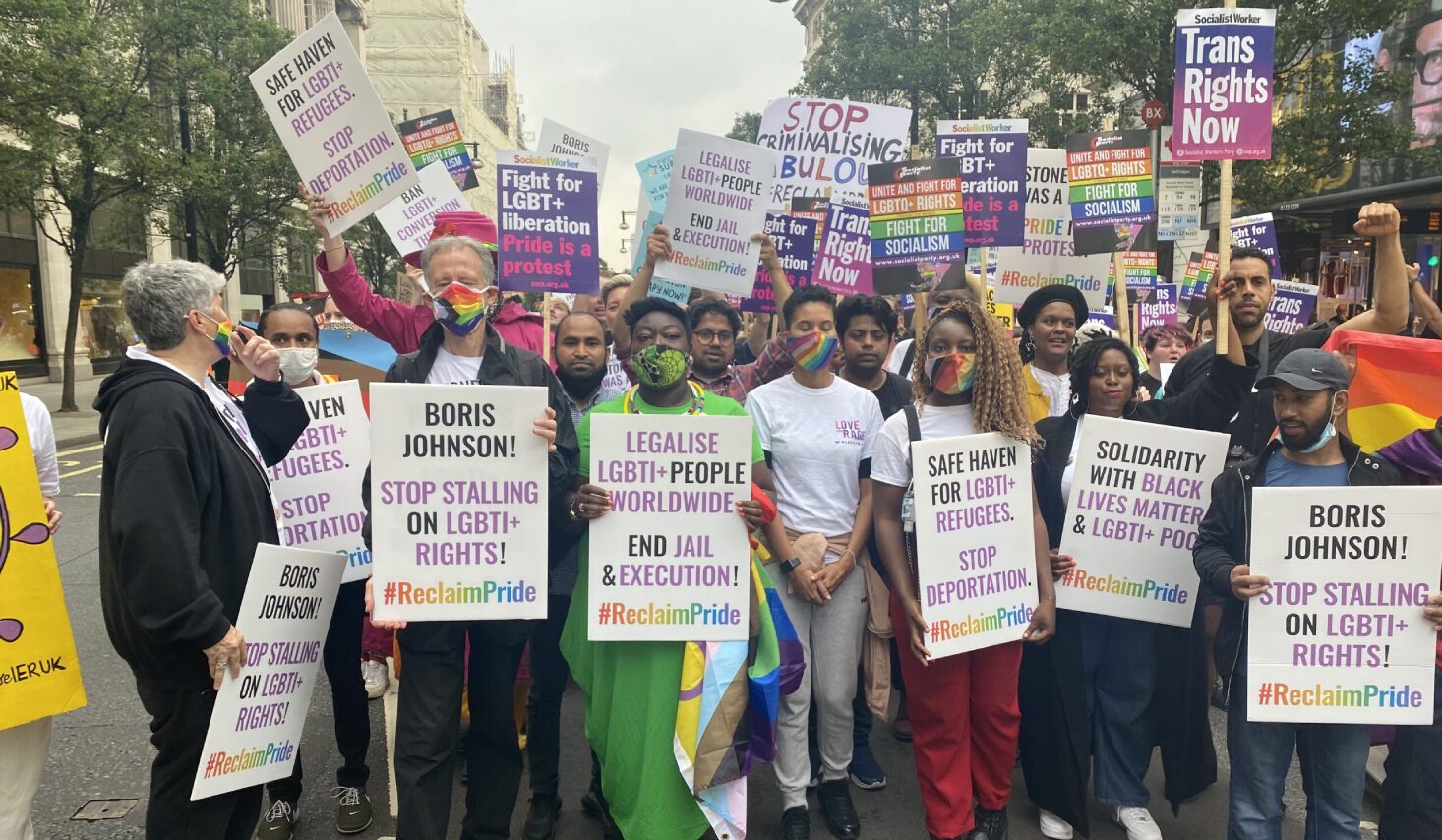 The first ever Reclaim Pride march took place on Saturday (24 July) and saw thousands of LGBTQ+ activists and allies attend with banners and flags to advocate for less commercialised Pride events in the UK. The march – which went through landmark areas in central London such as Parliament Square and 10 Downing Street – also protested the lack of rights and protections for the trans community in the country, as well as racial diversity at annual Pride events.

Activists also used the march to call on the government to reform the outdated Gender Recognition Act (GRA). Back in September 2020, Liz Truss – Minister for Women and Equalities – announced that the GRA would not be reformed, despite the government’s own consultation on the matter finding overwhelming public support for allowing self-ID.

Natalie June-Whitaker, one of the event’s attendees, told Reuters: “We are seeing… increased amounts of transphobic articles [in the media]. [They are] attacking trans people and increasing anti-trans rhetoric.” UK Black Pride executive director, Lady Phyll Opoku-Gyimah, also said: “We’re here to say that Pride is about inclusion. It’s about diversity, about speaking truth to power on a number of different issues for our trans non-binary siblings and for Black Lives Matter.”

Towards the end of the march, Peter Tatchell – the co-organiser of the event – reiterated the importance of the protest in a statement posted to Twitter. He wrote: “London’s #ReclaimPride today showed that #Pride doesn’t have to be corporate and commercial. It was a celebration AND protest.” The activist then called on Boris Johnson to “stop stalling” on LGBTQ+ rights, ban conversion therapy and reform the Gender Recognition Act, as well as provide a “safe haven” for LGBTQ+ refugees.

You can check out photos by Rob Falconer, from The Peter Tatchell Foundation, from the first ever Reclaim Pride march below. 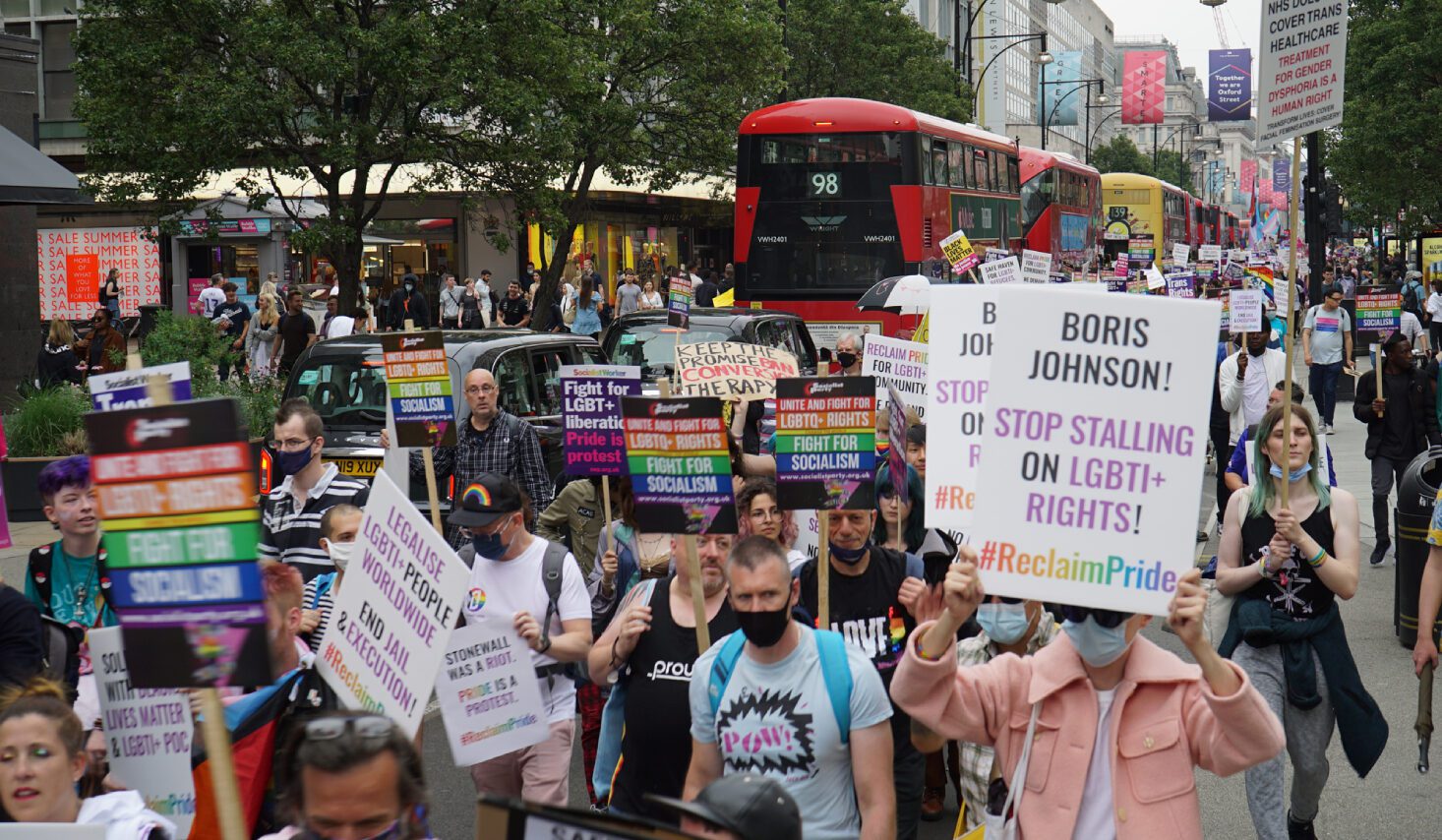 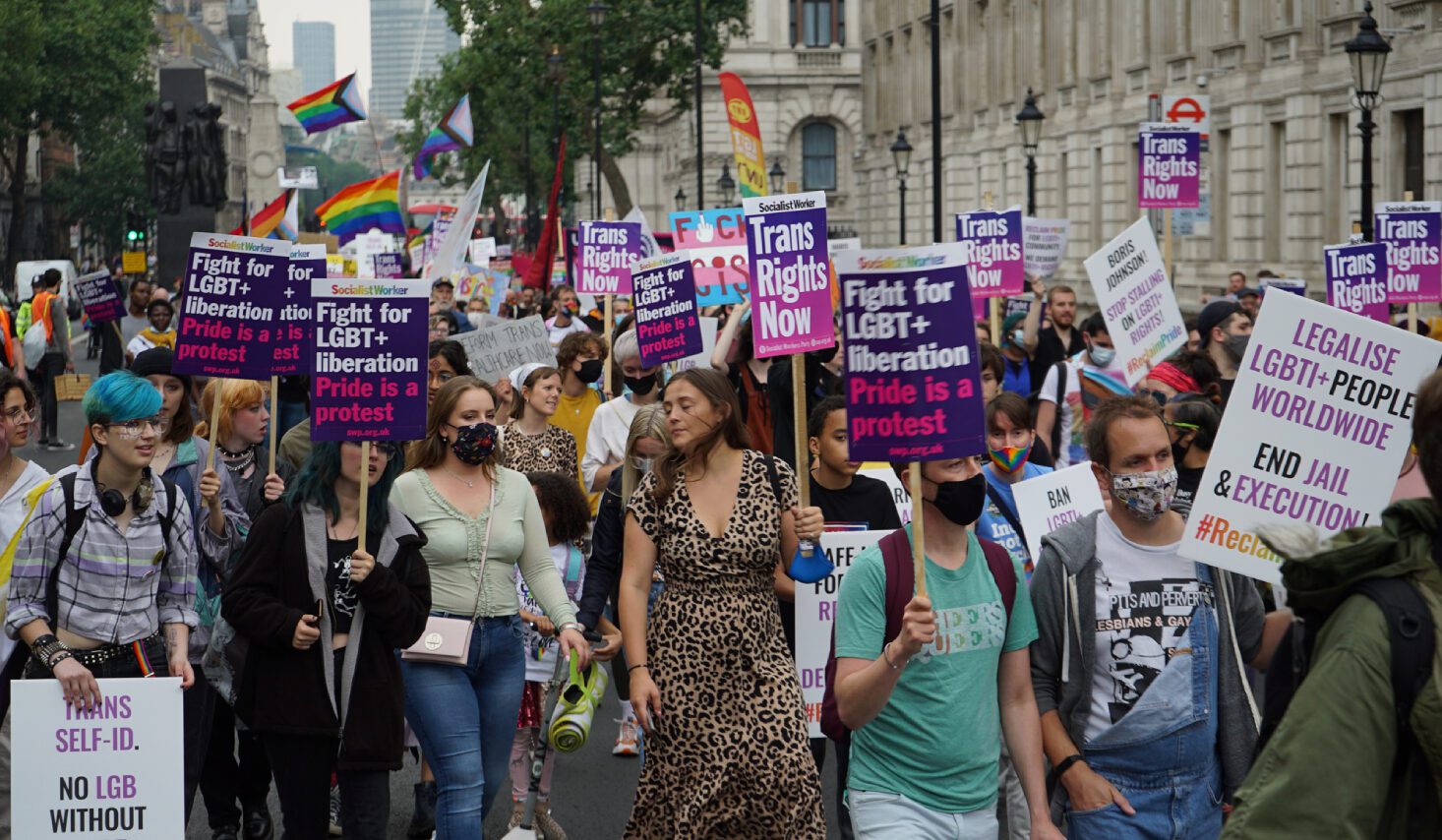 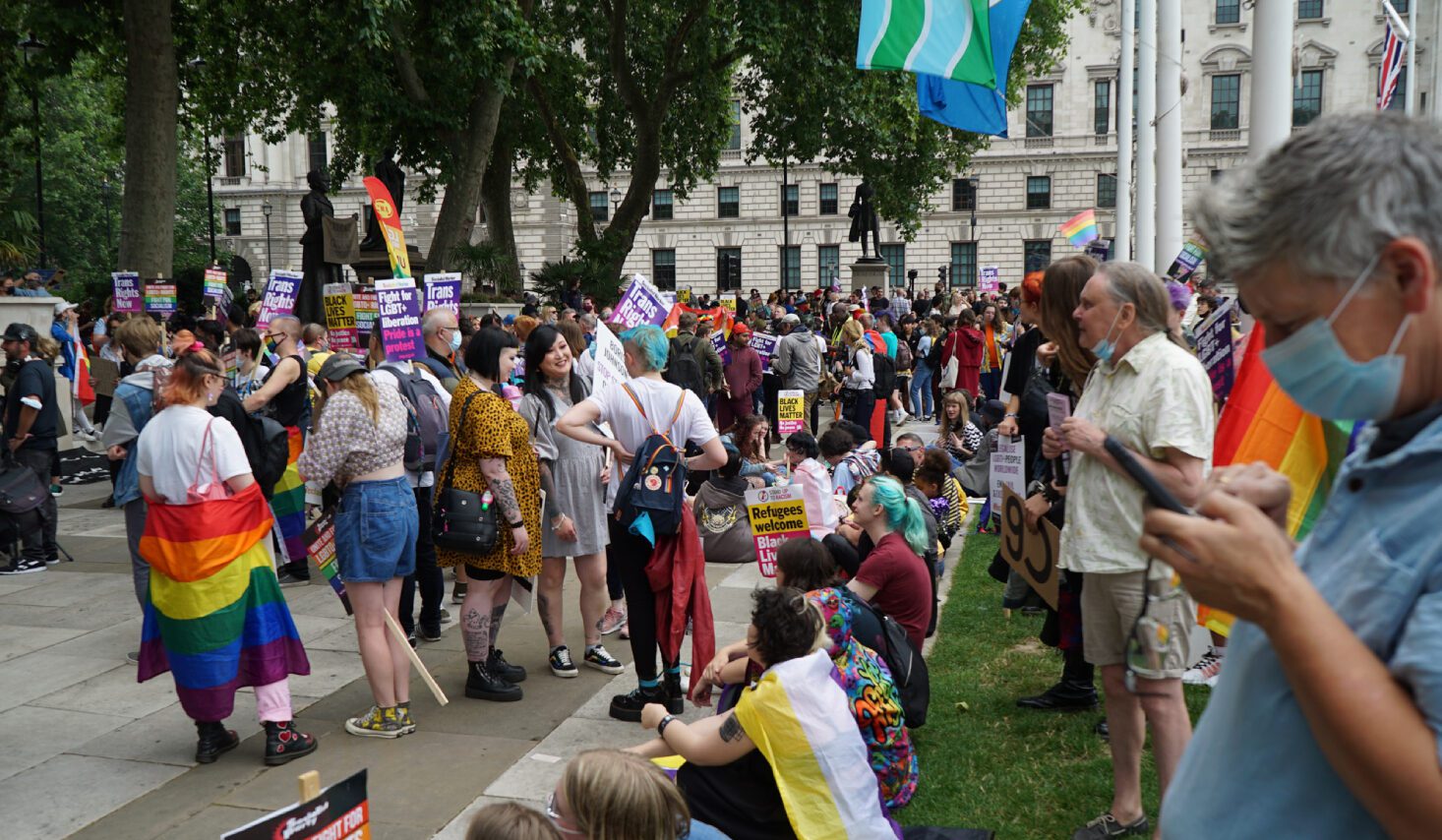 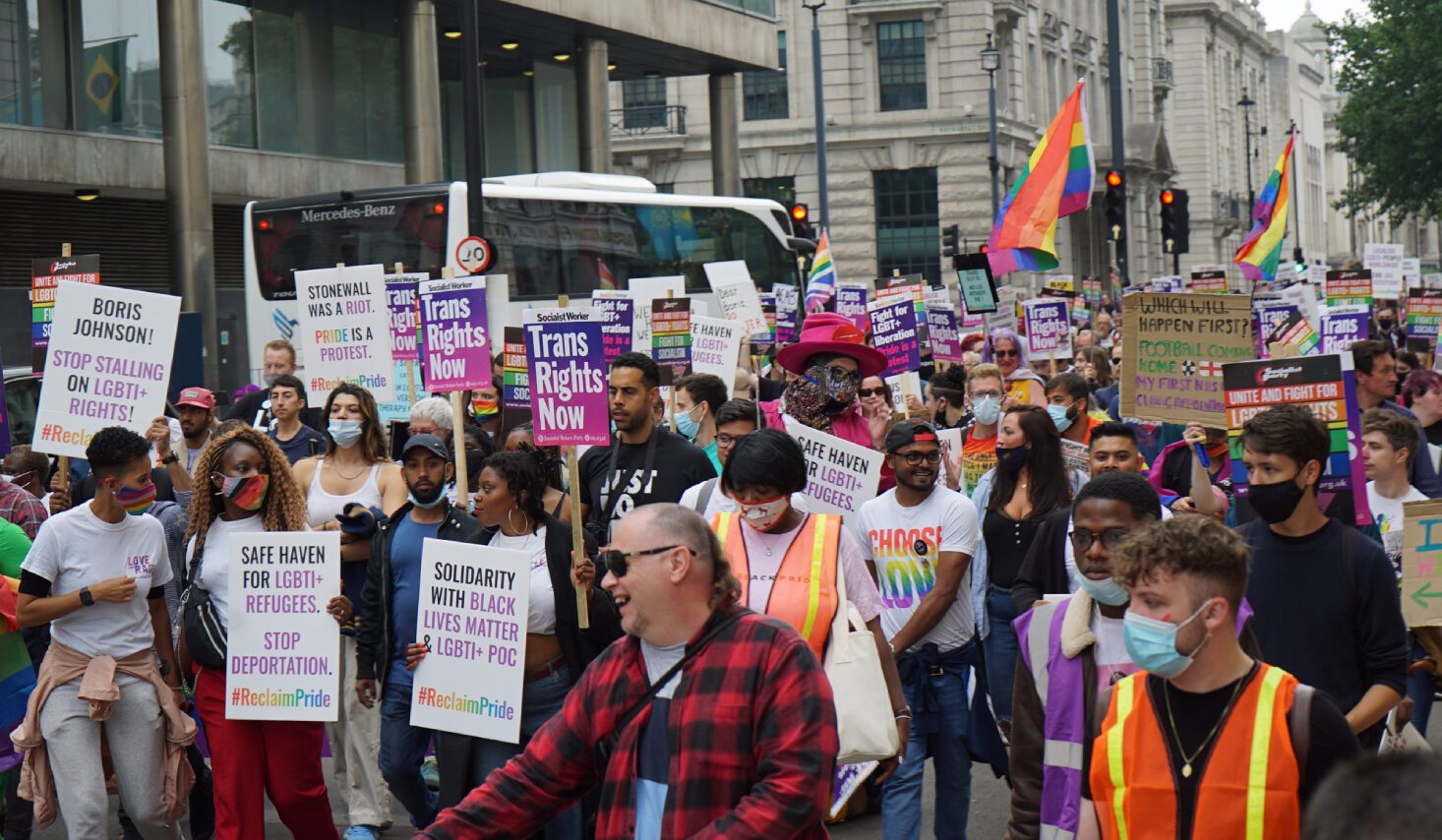 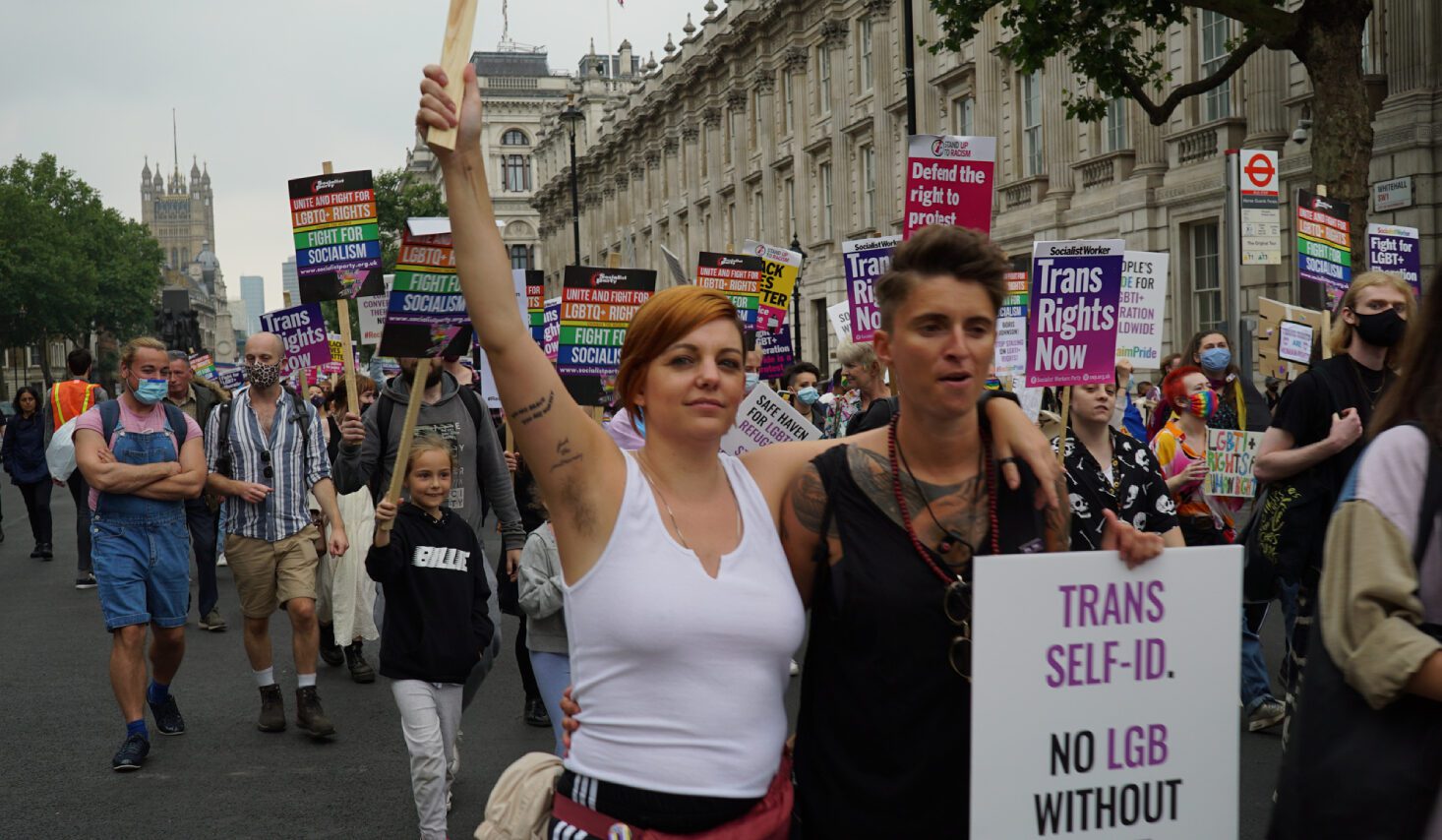 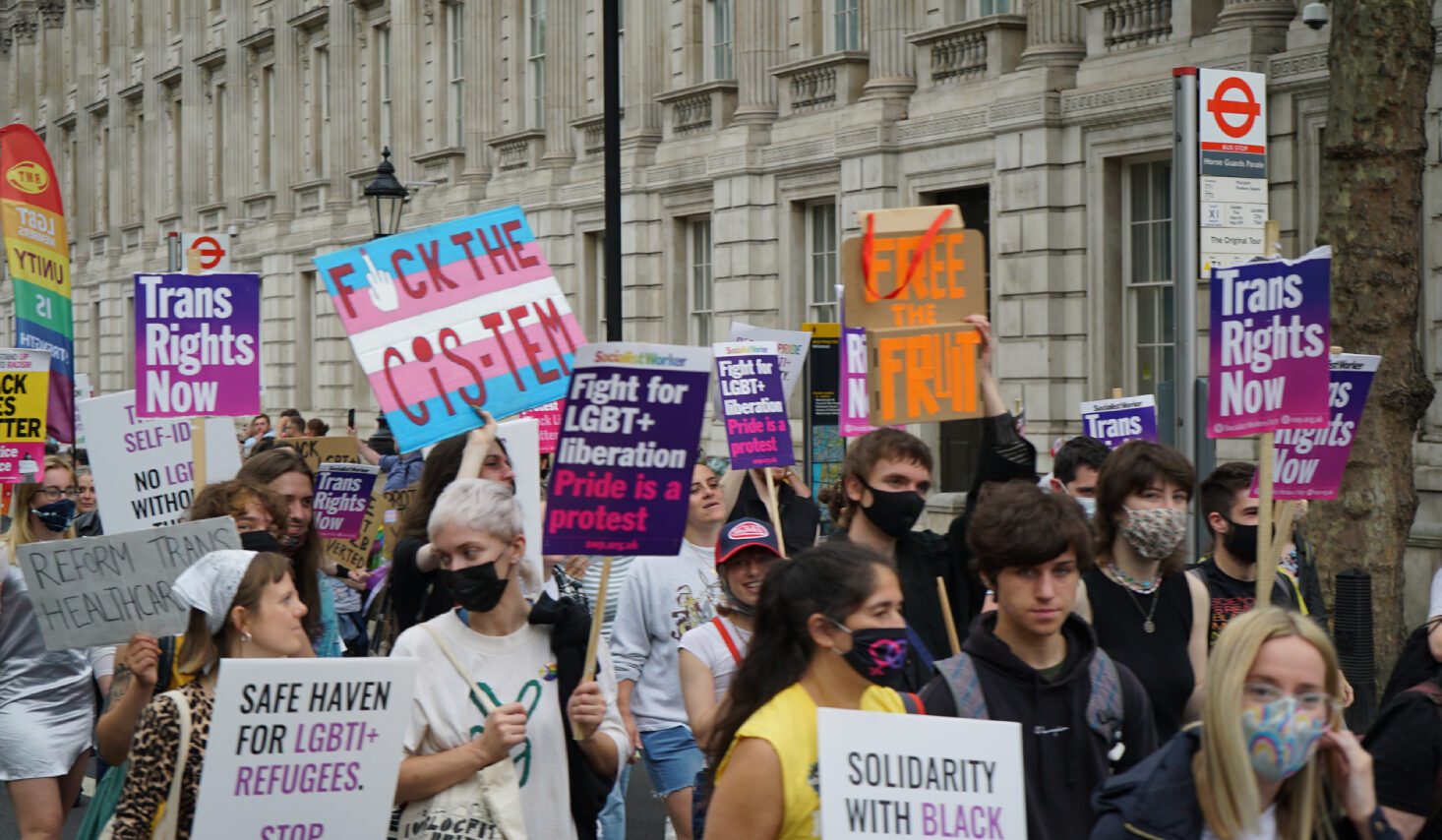 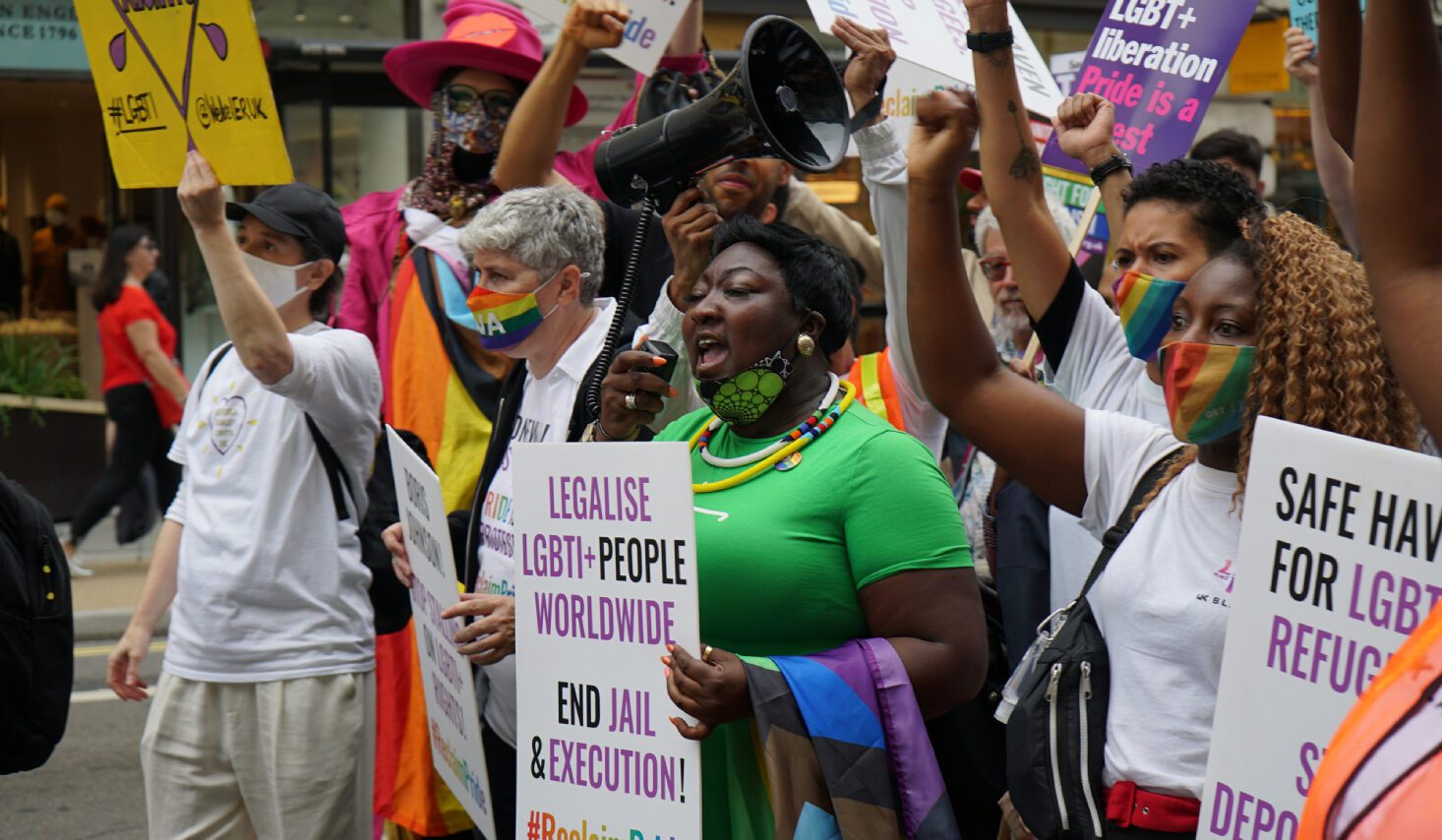 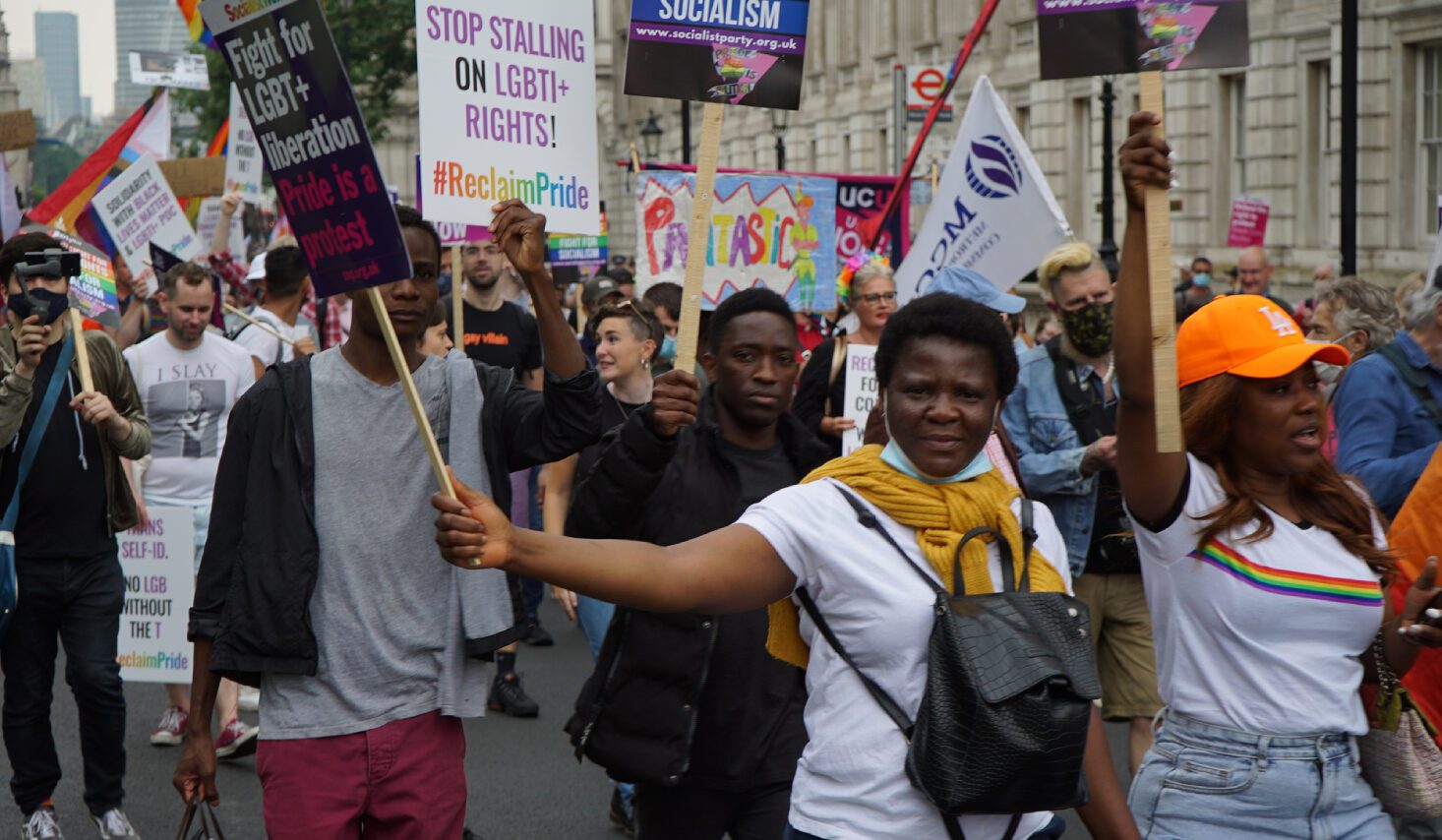 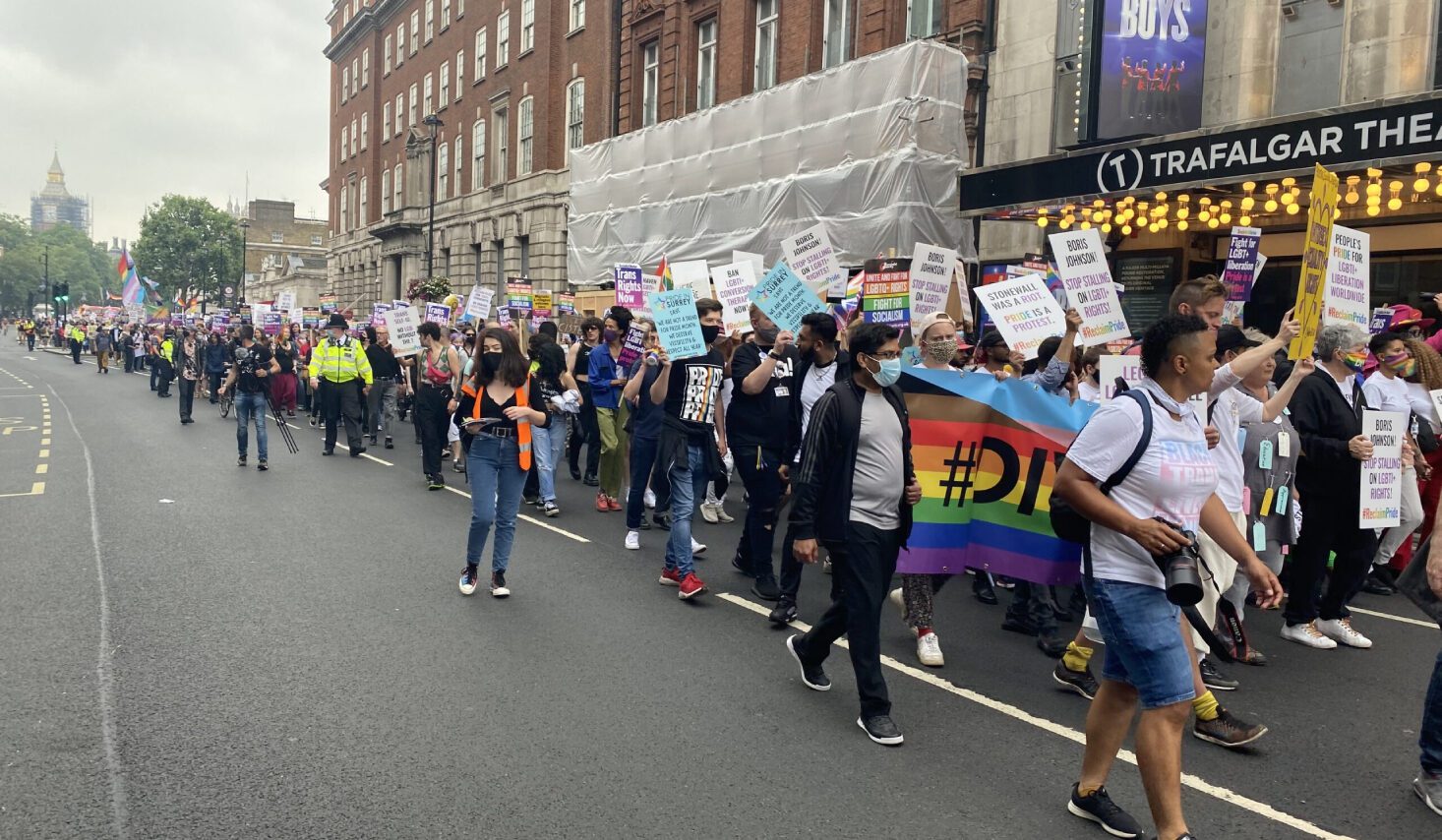 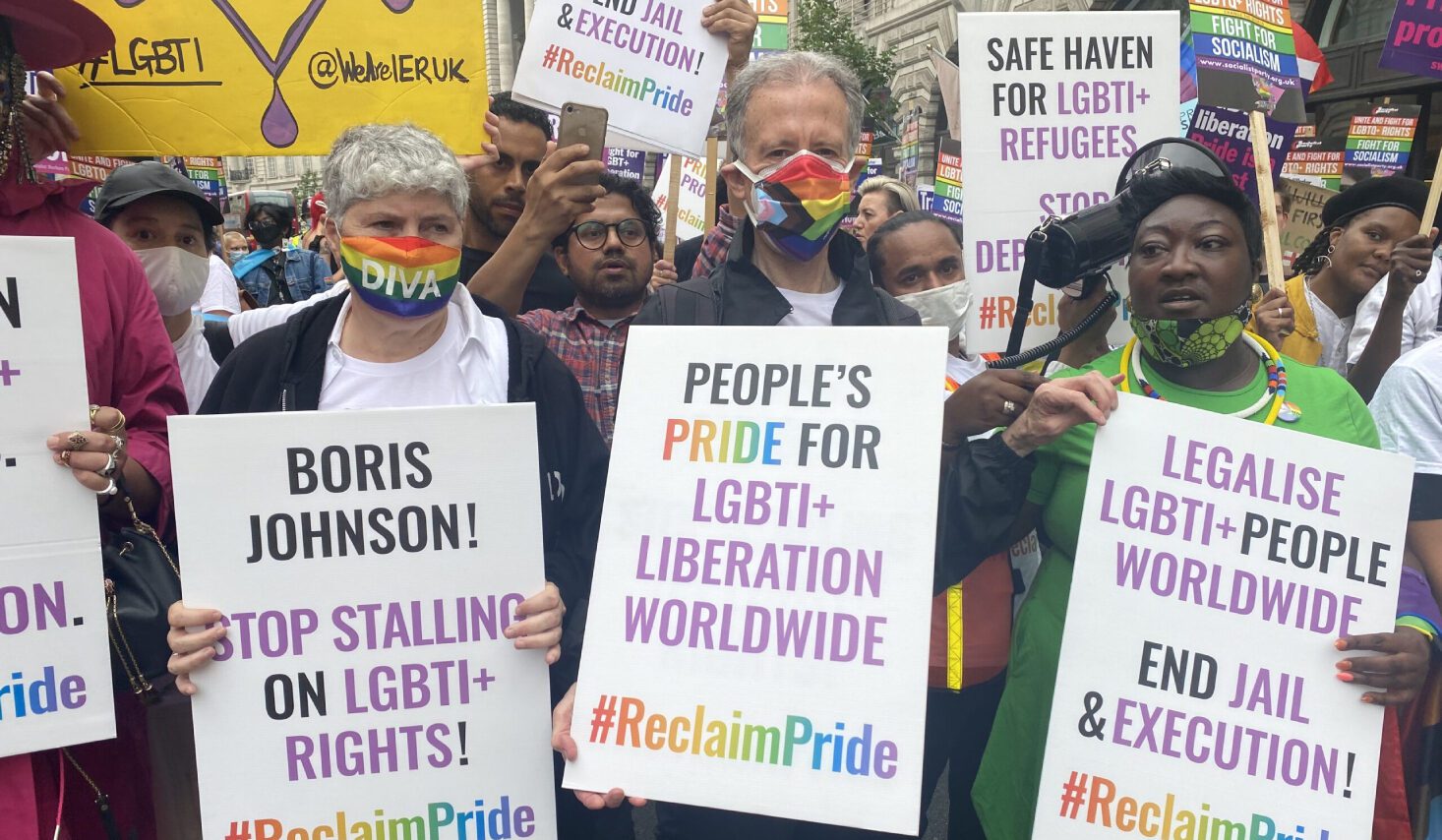 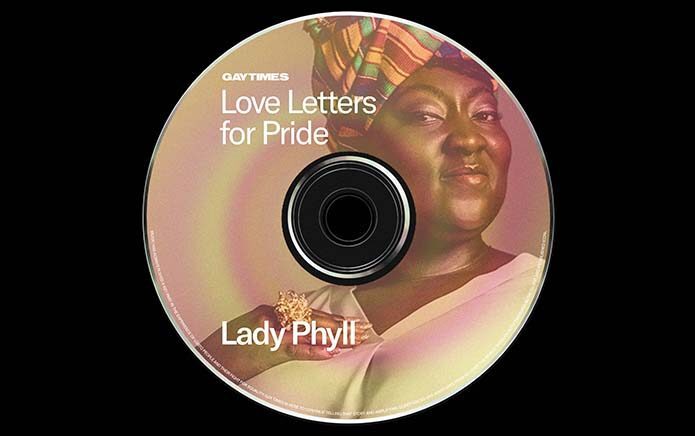 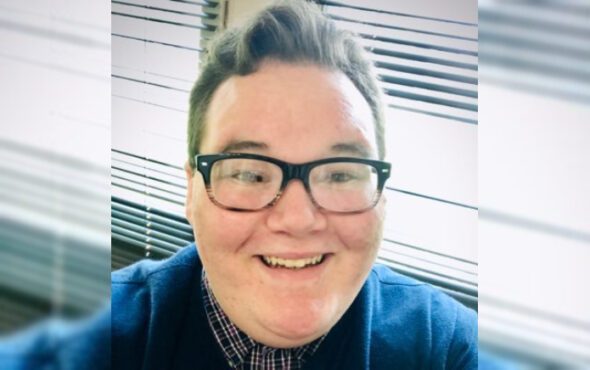 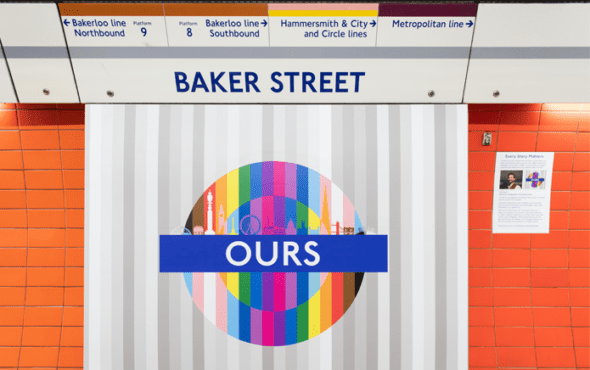