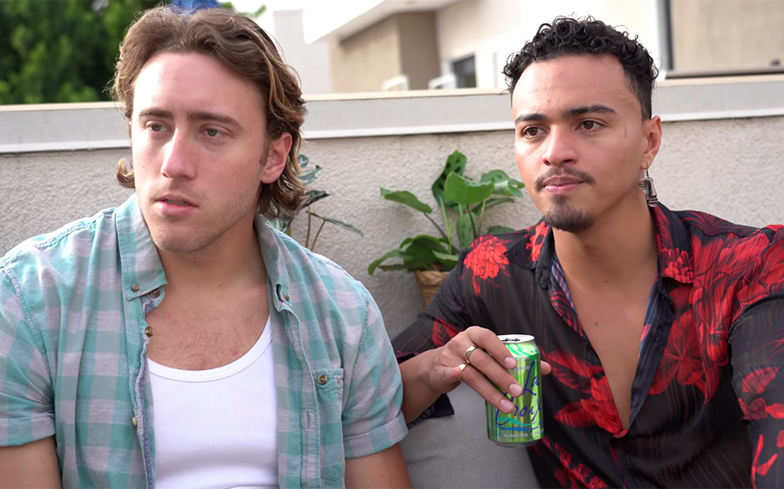 Is life for gay people easier if you can pass as straight?

The latest YouTube video from Michael Henry asks that very question, as he discusses the topic with friends Darren and Tonatiuh. While it’s a humorous sketch at its core, there are also some interesting points to be made.

When asked if it’s easier to be gay if you can pass as straight, there’s a divide in the group. Darren – who Michael and Tonatiuh have decided could easily ‘pass’ as a straight man – asks the other two to explain what they mean.

“You probably don’t get called faggot in the street, and some might say that gay men find you more attractive because you come across as straight,” argues Michael, adding that he might also benefit career-wise.

“You get to reveal your gayness when you feel like it, when you’re ready for it, and when you feel safe. Some queer people don’t get the same privilege,” explains Tonatiuh.

In response to their points, Darren argues that there are benefits of being “clearly gay” like not having to come out over and over again to every person you meet.

Michael somewhat agrees, explaining that he “never even had to come out” as gay, whereas Darren says his parents cried and felt lied to when he came out because they had no idea he wasn’t straight.

“I’m envious that your parents never had to get used to anything,” he continues. “And you never know, people who come off as straight could be pretending, they could be depressed, or maybe they’re envious of you.”

Darren does, however, admit that he’d never been called names or mocked for his sexuality.

Watch the video here or below and make up your own mind.