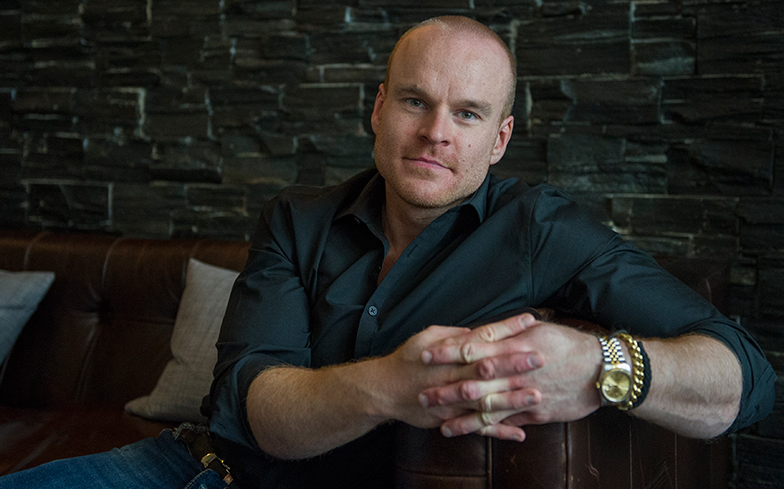 The Ozanne Foundation is an LGBTQ charity which was set up at the beginning of 2018 with two aims – one, to eliminate discrimination based on sexuality or gender within faith, and the other – to celebrate equality and diversity at every level of the Church.

It takes its name from the prominent gay evangelical Jayne Ozanne, who heads the organisation supported by trustees that include senior faith leaders, such as the Rt Revd Paul Bayes, the Bishop of Liverpool and the Very Revd Dr David Ison, the Dean of St Paul’s.

It is no exaggeration to say that Jayne is a remarkable woman. This year has seen her launch the Foundation, her autobiography Just Love, continue the campaign against conversion therapy, speak at numerous Pride events and now bring out the Faith and Sexuality Survey 2018. The survey opened online on Sunday and within 24 hours had over 1000 respondents, demonstrating the level of support for Jayne’s work, but also the desire for LGBTI people of all faiths to have their voices heard and make their views known. Nearly 3000 people have now taken part. It consists of various multiple choice questions, but takes only about 5 – 10 minutes to complete.

It is worth noting that the survey is aimed at people of all faiths and none, including those who may have renounced their faith. In compiling the survey the Ozanne Foundation is proud to be working alongside an Advisory Board that includes senior multi-faith leaders, as well the Humanists UK. Whilst the survey touches on gender identity and is seeking the input of trans respondents, it deals primarily with faith and sexuality as opposed to gender issues.

I have completed the survey myself and, for me, a number of themes stood out. Respondents are asked early on whether their religion/belief has been a source of conflict in their life given their sexual orientation.

The survey then goes on to ask about attitudes towards relationships and sex, including raising the question of self-imposed celibacy. I am a passionate Christian. My goal is a long term monogamous relationship, which I will hopefully one day be able to celebrate by getting married in a Church of England church. I could not imagine being celibate and, personally, would never advocate for this. Some people clearly do have the calling of celibacy though and I have been educated over the last few years that there are LGBTQ people of faith, beyond the walls of a monastery or nunnery, who choose to live in this way.

On conversion therapy, the survey is comprehensive. Conversion therapy is a broad term, covering a range of practices, including prayer, deliverance, emotional healing, fasting, counselling and sexual activity, amongst others. The findings will give the clearest picture to date of conversion therapy within the UK. Whilst “corrective rape” has been raised in relation to conversion therapy, I have never met anyone who has experienced this in a UK setting (although I have met several Christian LGBTQ refugees who have been subjected to this in Anglican Commonwealth countries).

Importantly, for those who have experienced conversion therapy, the survey asks at what age they participated in this and who encouraged them to do so. Younger people are clearly vulnerable here and it will be interesting to find out whether pressure is coming from faith leaders, the congregation, parents, other family members, friends, or a combination of all these groups. Related: The decision making process for LGBTQ refugees is flawed

Finally, whilst I believe conversion therapy should be made illegal in the UK, as it is in my view a form of abuse, the survey asks respondents how they feel about this. We cannot make assumptions about people’s religious beliefs and this is clearly an area where there are some nuances. Sexuality is innate, not a social construct and cannot therefore be changed, but how do we define and deal with conversion therapy? Conversion therapy needs to be banned on all Church of England property, but at what point do we criminalise practitioners?

I hope that this column has been thought provoking. And not just for LGBTQ people of faith. I would encourage everyone to take part in the survey. The greater the bank of data, the more authoritatively and authentically we will be able to confront the tension between faith and sexuality which has sadly become a leitmotif of our age.

The survey is open until 31 December and the results will be made public in February 2019.