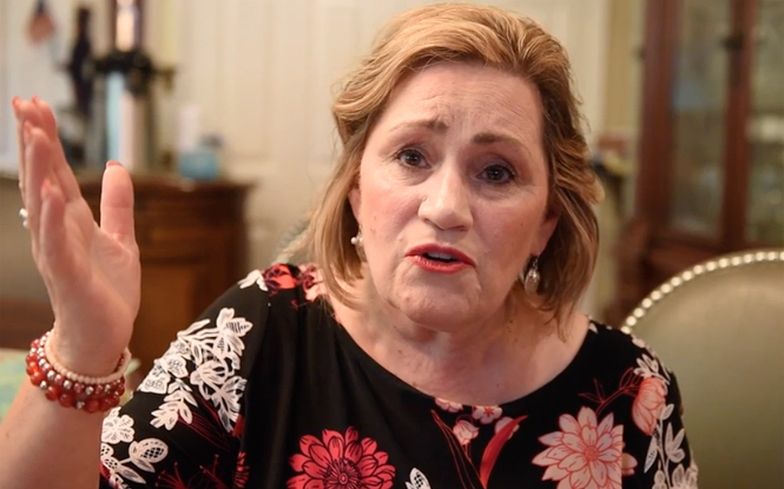 The organiser of a ‘Straight Pride’ rally has blamed her son for their poor relationship.

Earlier this month, Matthew Mason voiced his opposition to a controversial ‘Straight Pride’ event that’s expected to take place in Modesto, California on 24 August – which is co-organised by his estranged mother Mylinda Mason.

“They believe Western Civilization should be straight, white and Christian with a very specific gender binary. They believe this should be a culture war. It’s rhetoric I’ve heard my whole life,” said Matthew, adding: “We don’t want hate in Modesto.”

Now, in an interview with NBC News, Mylinda has attempted to defend her relationship with her son, arguing it’s his fault they are estranged from one another and claiming that it’s “very typical” for gay people to distance themselves from their family.

“Homosexuals in general pull away from family and friends at some point,” she said.

“All I can say about my son is that I have read a lot of the word ‘hate’ out there and I do not hate my son, I do not like my son, I do not love my son, I adore my son — and I want my son in heaven ultimately with me one day. And so I will remain firm on standing what I believe are biblical family values.”

Mylinda also said that she took her son to anti-LGBTQ protests while he was coming to terms with his sexuality, admitting she “could see the struggle on my son’s face” but still continued to blame him for their poor relationship.

Speaking about the ‘Straight Pride’ event, she claimed celebrating “heterosexuality, masculinity, femininity, babies born and unborn, Western civilisation, our wonderful country, and Christianity” was the purpose of the day.

“I think the word ‘Pride’ has been stolen, if you will, or hijacked by the evil one, and I want to say that we are taking pride in our God almighty, in our creator, and in his order,” she said.

In opposition of the ‘Straight Pride’ event, Matthew is organising a pro-LGBTQ candlelit vigil and will ask Modesto officials at a City Council meeting not to let organisers use Graceada Park for the rally.

“I am all for free speech, I am not for free speech when it incites violence,” he continued, describing the event as “white supremacy masquerading as straight pride” and reaffirming his plans to oppose it.