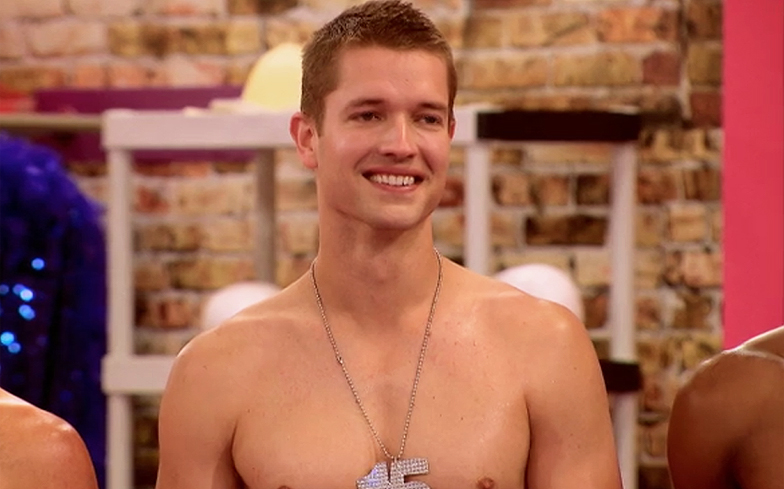 With a reality TV star currently residing in the White House, and numerous calls for the legendary Oprah Winfrey to take over the country, it seems the notion of who can run for presidency in the United States has changed forever.

Which is why it’s not too surprising to find out that Ronnie Kroell, a model, actor and former member of the Pit Crew on RuPaul’s Drag Race, has his eye on the White House for the 2020 presidential election.

On 12 February, Kroell made an appearance at West Hollywood gay club Pump to announce that he’d be running for US president as an independent candidate.

“As the late great Albert Einstein said, ‘We cannot solve our problems with the same thinking used when we created them’,” he wrote in an announcement post on Instagram.

“It is NOT about writing a Republican or Democratic narrative moving forward, it is about finding common ground and writing the AMERICAN NARRATIVE.”

Kroell entered the Drag Race werk room as part of an extended Pit Crew in season five, where the queens (including Jinkx Monsoon and Alaska) had to match up the models based on their Andrew Christian underwear.

He’s also appeared in Eating Out 4: Drama Camp, and was a contestant on Bravo’s Make Me A Supermodel.

Speaking to Hornet, Kroell said: “I’m tired of the current political climate of fear, ego, greed, hatred, prejudice and pain. I feel that I have something special to bring to the conversation.

“Instead of pointing fingers of blame toward any one person or party, it’s time to share that responsibility and shift into a solutions-based mentality.

“It’s imperative that we learn to LISTEN to one another, explain our frustrations, share our needs, compromise wherever possible and to co-create solutions that will help us all thrive as one nation.”

Kroell isn’t the only openly gay individual to run for US presidency, as Democrat Pete Buttigieg, a Navy veteran currently serving as mayor of South Bend, Indiana, announced his candidacy earlier this year.