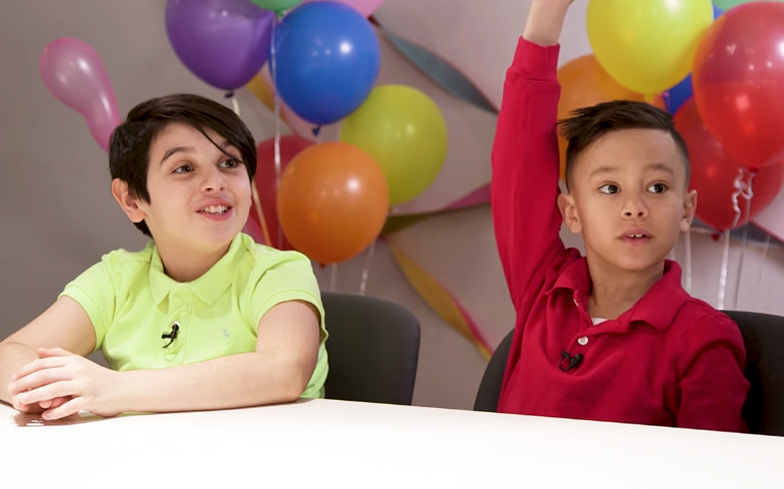 These kids are making us proud.

It’s often said that kids don’t know how to hate people who are different until they’re taught to, and this hilarious new video from Canadian presenter Jessi Cruickshank pretty much confirms that notion.

To celebrate Pride month, Jessi sat down with four adorable children to ask them questions about what it means to identify as LGBTQ, and also the importance of Pride and being an ally to the community.

“It means where all the gay, transgender, lesbian, and bisexual people gather up and celebrate,” answers one of the very intelligent kids when asked what Pride means.

But they aren’t quite as clued up when it comes to coming out of the closet, as one of the girls guesses: “It’s when you’re playing hide and seek and you’re hiding in the closet and someone finds you and you have to come out of the closet.”

Jessi also asks the kids whether they know any gay celebrities, and while they can name comedian Ellen DeGeneres, they aren’t sure who Neil Patrick Harris, Ricky Martin, Jodie Foster or Anderson Cooper are.

But the best moment comes at the end, when the kids are asked what they are to the LGBTQ community.

“Gay icons!” replies one of them. Classic.