“There’s no place like home”: Thinking about Belonging this LGBT History Month 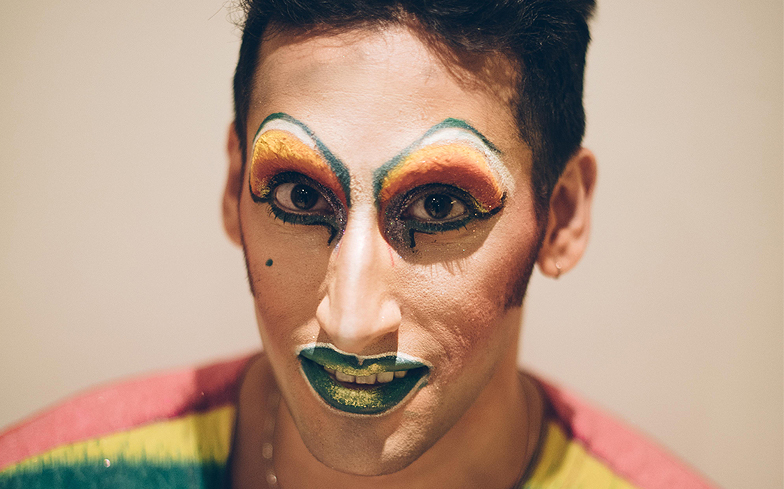 I, like many LGBTQIA+ identifying people, have a difficult relationship with the word “home.” So I think it’s important we think about how queer people negotiate the concept of home this LGBT History Month, particularly as this year’s focus has been: ‘Geography: Mapping the World.’

Implicit in the theme is the idea of home, and with it a forever complicated question for queer people – ‘where do I belong?’

Whenever I hear the word home, I am hit with a fiery pang of anxiety. In my memories, home is not a space of embryonic comfort – a lane down which to retreat – but a psychological wormhole of trauma – very much a lane to avoid. As a teenager, home was the place where my mother told me she’d kill herself if I came out as gay; it’s the place where I was locked in my room for going to watch Brokeback Mountain in the cinema; it’s the place where my colourful clothing was thrown away in front of me; it’s the place where my parents discovered gay porn under my bed when I was out with friends, who then left 21 terror-inducing voicemails on my mobile, which resulted in the most upsetting nights of my life when I eventually got back “home.”

These are not uncommon experiences. As such, for many LGBTQ identifying people, societal ideals of ‘home’ – and its connotations of comfort, unconditional love, and unquestioned belonging – do not match up with the scars of our lived experiences.

Being queer, as much as it can be an ideological escape from normative ways of being, for many is a literally physical escape from what we’ve grown up with as our home. London Performance Artist Benedict Stewardson (RODENT), 23, explores these feelings in their work. Their performance piece HOMECOMING, a deeply moving piece where they encircle a prop house furious and abandoned, to then destroy it with a baseball bat, aptly relays the tumultuous relationship many queer people have with home. Of the performance, Benedict says: “I made HOMECOMING as an attempt to negotiate the ugly feelings I felt towards my hometown as a queer person who was shunned and excluded within institutions like school and the Catholic Church. It was a way for me to vindicate the isolated and painfully lonely teenager I was then with the fury and rage that grew from my frustration with my situation; a caged and lonely animal.”

When I think about my own life, it is a narrative punctuated by constant attempts to run away from home. At 16, for instance, I decided to renounce Islam, and even told my Muslim parents that I no longer identified as Arab. I then applied for an academic scholarship to Eton College, where I lived and studied for two years, attempting to find belonging in a new guise: as Amrou Al-Kadhi – The British Monarch. As a gay genderqueer Muslim, needless to say my efforts were foiled quicker than you can say croquet. Eton was a horror-house, not a home.

Many queer people think of home as the first time they experienced rejection. And thus we spend our lives running away from the idea of it, but forever running towards it too. I think it’s why intimacy is such a difficult thing to sustain for so many queer people; a relationship’s promises of a constant partner, stability and unconditional support, means we’re desperately yearning for one, for these are things we’ve never properly had; yet when intimacy arrives, we often reject it, for our entrenched experiences tell us that we will be burned. And whether or not these experiences are directly linked to our parental beliefs, religious teachings, along with the systemic ideals in society, mean that our early interactions with the world convince us that it’s not an accommodating ‘home’ for us.

It’s interesting and comforting, however, to see how LGBTQ people find ‘home’ in surprising and beautiful ways. As a drag performer, for instance, I’ve found a sense of home with my drag family, Denim. Drag sisterhoods use the ideas of normative home structures but through a queer guise – belonging to a drag haus, where queens are your mothers and sisters – in which you learn that you are loved for your queer identity.

Rather than a home that rejects you for who you are, it celebrates all the things that were once rejected. You are a harem of people who have survived a lot of the trauma that comes from being queer, and are able to support each other in your recovery.

For me, home exists in my queer relationships. By this I don’t mean sexual or romantic ones, but in my deep friendships with other members of the LGBTQ community, where I’ve been celebrated and loved for who I am. I think my most significant and intimate queer relationship is with a queer woman, where I’ve experienced an unconditional love and understanding that I never had from family. It is through these relationships and communities that queer people can undo the trauma of their early rejections, and learn that they are worthy of love.

Fellow Drag Performer George Bull (Crayola), 29, relays an idea of home to me that I find comforting – they say, “to me, home is a feeling, anchored to people and memories…There is also something very present about it. Home is just where I am.”

This feeling of carrying home with you, in your self-belief and survival, however nomadic you might be, is the magical way queer people belong to a permanent home.