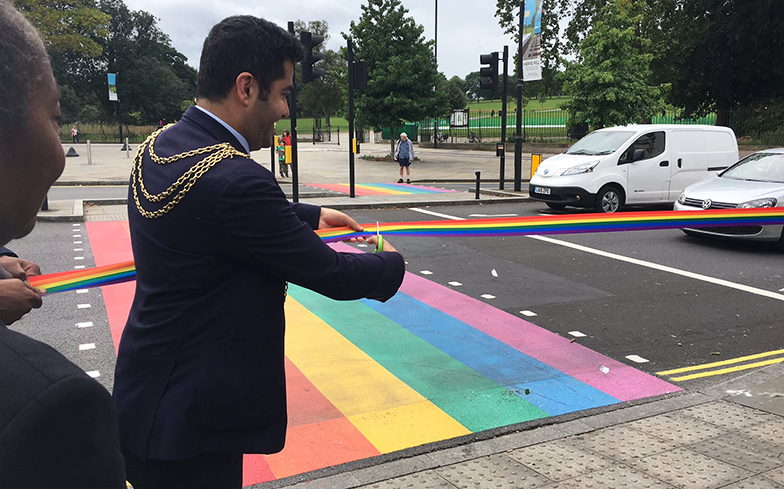 The UK now has its first ever permanent rainbow-coloured crossing.

Following in the footsteps of cities around the world like Vancouver, Sydney and San Francisco, south London has become home to a multi-coloured crossing outside Brockwell Park in Herne Hill.

The crossing was unveiled by Lambeth council to “show solidarity with the LGBTQ community” and people are being encouraged to share photos on social media with the hashtags #WeAreLambeth and #WalkTheRainbow.

Councillor Sonia Winifred, Cabinet member for equalities and culture, said: “We have a tradition of championing equality and LGBTQ rights – this crossing celebrates that and is an example of our bold and progressive thinking.

“We’ve come a long way and Lambeth is proud to be leading the way.”

For the first time, a permanent rainbow crossing in solidarity with the LGBT+ community has been installed on a street in London. 🌈

The Mayor of Lambeth Councillor Ibrahim Dogus said: “This crossing is a symbol of the pride we have in our flourishing LGBTQ community and will light up Herne Hill with its message of inclusivity.

“It is just one of the many ways that we will continue to stand in solidarity with all those who face discrimination in our borough and beyond.”