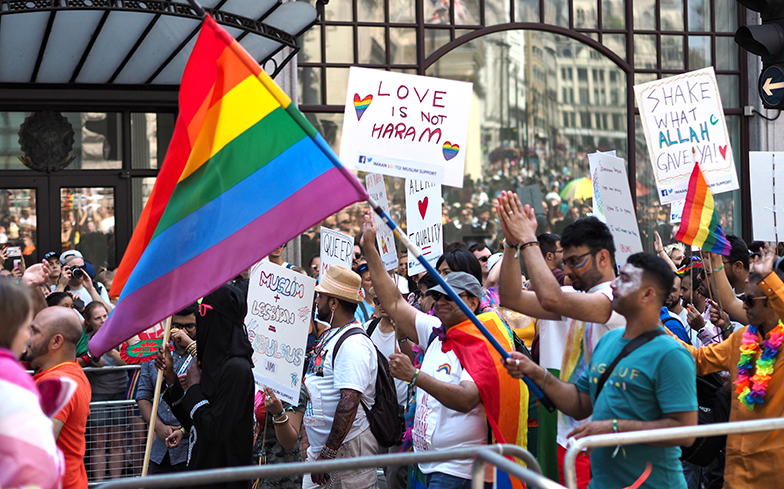 The UK’s first ever Muslim Pride is finally happening this year.

LGBTQ charity Imaan will mark its 20th anniversary of supporting lesbian, gay, bisexual, trans and queer Muslims by hosting a festival in London on Saturday 11 April to celebrate what it means to be both queer and Muslim.

As well as continuing their mission to help people reconcile their sexuality and gender identity with their Islamic faith, the charity hope ImaanFest will “bring some joy into the world” – which is especially important for those who face discrimination and prejudice.

Imaan have also put out a call for queer Arab speakers, well-being practitioners and service providers who would like to get involved to reach out to them.

“Often LGBTQI Muslims are caught in the middle of islamophobia and homophobia,” Imaan said in a previous statement.

“We want to provide a safe and inclusive space where people feel like they do not have to choose between identities and that they can be LGBTQI and Muslim without pressure from those who say otherwise.

“Our festival will provide a space for LGBTQI Muslims from across the UK to be empowered, engaged and to make no apologies for being practising Muslims and LGBTQI People.”

They added: “No one can have a padlock on Islam in the UK. We are Muslims that so happen to be LGBTQI.”

A crowdfunding campaign which was set up at the end of 2019 saw 476 people donate money to help raise £10,000 to make the event happen.

Tickets for ImaanFest: Muslim Pride will go on sale soon.