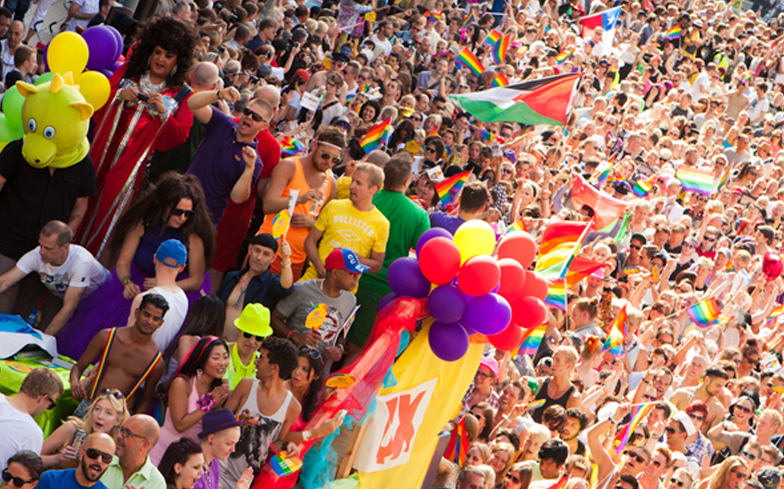 With Pride Month in full swing and a whole summer of LGBTQ events scheduled across the globe, there’s so much choice when it comes to deciding on which location to celebrate in.

To help inspire of new ways you can enjoy the Pride experience, new research has been carried out to determine some of the most LGBTQ-friendly cities where you can march in parades and party until the early hours.

So where is the best place in the world to mark Pride?

According to a study commissioned by Airbnb, New York City has been named the best city when it comes to the overall Pride experience.

That’s because the US city not only offers one of the biggest street spectacles, but boasts vibrant nightlife, a busy LGBTQ dating scene, and well established LGBTQ rights.

It’s also the birthplace of the Pride movement, following the riots at the Stonewall Inn back in 1969.

Airbnb reports that over 27,000 people will stay in properties advertised on their platform during Pride Week, meaning plenty of LGBTQ people from all over travel in for the festivities.

Related: Use Pride this year to make your voice heard and your values known

London ranks second in this category, while Madrid sits pretty in third place.

London, however, ranks first when it comes to online dating in the LGBTQ scene.

According to this new report, the British capital has the highest per capita usage of LGBTQ Tinder profiles worldwide.

So if you’re looking for love this Pride season, you know where to head.

In terms of the actual Pride event itself, São Paulo in Brazil comes out on top.

The huge carnival attracts 3 million visitors, making it one of the biggest gatherings of LGBTQ people anywhere in the world.

Elsewhere, when it comes to the best city for travellers to celebrate Pride in, that also falls to London.

While New York City has a big influx of visitors, it’s nothing compared to the 160,000 guests expected to check into an Airbnb during Pride week in the British capital.

You can see all of the results from Airbnb’s Pride research here, which also includes the best destinations based on marriage equality and nightlife.