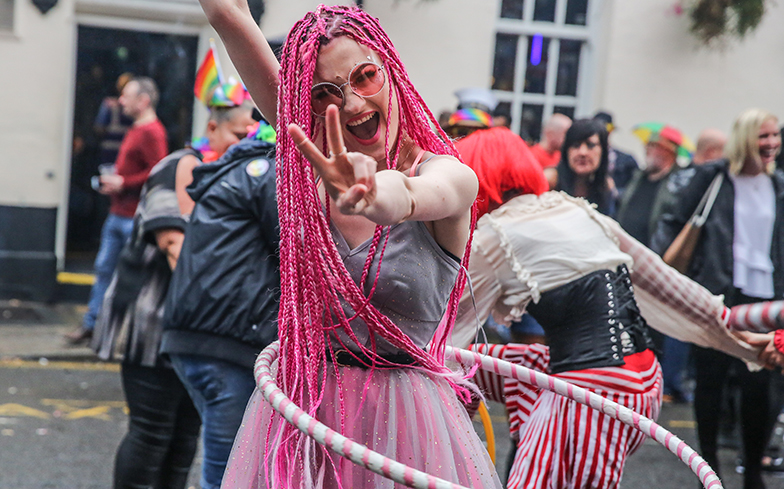 Manchester Pride has announced the theme for its 2020 parade.

Taking place on Saturday 29 August, the annual extravaganza will take on the theme March For Peace, as the LGBTQ charity shares it’s vision for a world where all LGBTQ people are free to live and love without prejudice.

Last year, the parade saw over 17,000 participating in floats and walking entries from businesses and community groups march in front of an estimated 250,000 supporters who cheered them on along the way.

Mark Fletcher, chief executive for Manchester Pride, said: “Every year I am asked do we still need a Pride celebration and every year I say yes we do.

“Statistics show us that more than half of all black, Asian and minority ethnic LGBTQ+ people have reported experiencing discrimination or poor treatment within their local LGBTQ+ network because of their ethnicity and whilst we have certainly made great leaps in our mission to rid the world of discrimination it isn’t yet an even playing field.

“We must support every single member of every single LGBTQ+ community and fight until they feel equal and free to be themselves. This is why this year we will March For Peace as we ask the world to recognise that the fight has only just begun.”

In 2019, Manchester Pride Festival welcomed artists including Ariana Grande, Years and Years, Kim Petras and Cheryl to the UK city, and put on a series of events catered to the LGBTQ community.