The most hilarious reactions to that embarrassing ‘Straight Pride’ parade 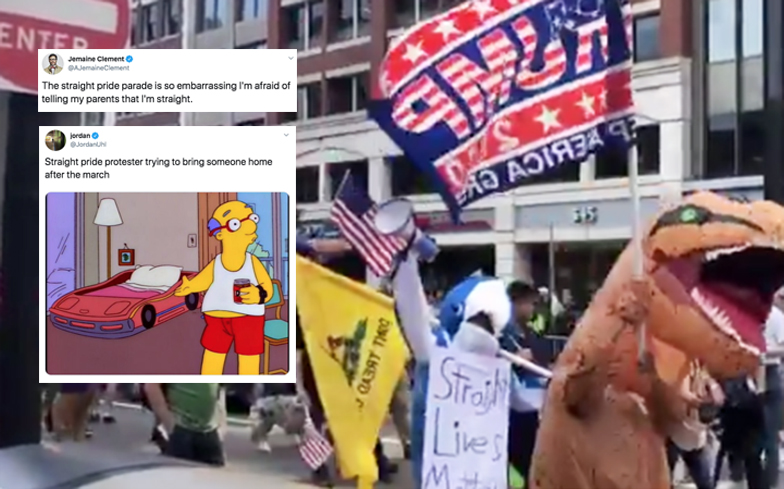 “I’m afraid of telling my parents that I’m straight.”

On Saturday (31 August), a second ‘Straight Pride’ parade took place in Boston, Massachusetts, and it was just as ridiculous as we expected. Surprised? Not really.

Parade organisers Super Happy Fun America claimed the event was organised to “fight for the rights of straights everywhere to express pride in themselves” and referred to straight people “an oppressed majority”.

Depressing highlights of the parade included an inflatable dinosaur outfit, a shark holding a ‘Straight Lives Matter’ sign, and the sound of Aretha Franklin’s female-empowerment anthem Think – despite it being mostly straight white men marching.

If you’re struggling to picture it, give the video below a watch.

While there are of course some genuine concerns to be had about the existence of a ‘Straight Pride’ parade – the white supremacy vibes, for example – both LGBTQ people and their straight allies have found humour in the situation.

We’ve rounded up some of the best reactions from Twitter below.