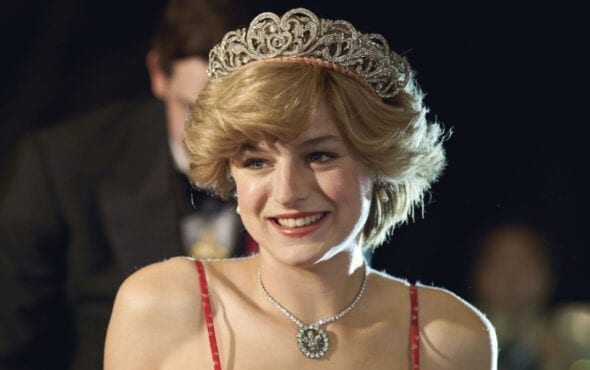 Emma Corrin has updated their pronouns on social media.

The star, best known for her award-winning performance as Princess Diana on Netflix’s period drama The Crown, updated her pronouns on Instagram to read “she/they”.

They also shared a stunning new photoshoot by artist David-Simon Dayan, in which they can be seen in a binder, a garment often worn by trans and non-binary people to compress their breasts and alleviate chest dysphoria, as well as improve their mental health.

In Corrin’s caption, they wrote: “Some time before I bought my first binder, messing around with @sirdavidsimon, we used boxing wrap, thanks for capturing this with me, very intimate, very new, very cool. It’s all a journey right. Lots of twists and turns and change and that’s ok! Embrace it.”

She ended her post with a shout-out to gc2b, a trans-owned company which describes itself as “the very first gender-affirming apparel company that is trans-owned and operated”. For more information on gc2b, check out their website here.

Corrin initially came out as queer in April of this year. In the caption for her POP Magazine photoshoot, she described herself as “your fave queer bride”.

In a following interview with Vanity Fair, Corrin admitted to keeping a partner’s item of clothing to smell. After Jessica Alba asked if their ex-partner knew about this, Corrin responded: “She did know, yes. But, I think I’m a very smell oriented person.

“I could do it with jumpers. Jumpers is a good one. Jumpers are sweaters. It’s the most comforting thing you could hug.”

Corrin received universal critical acclaim for her performance as Princess Diana on The Crown, winning a Critics’ Choice Award and Golden Globe Award for Best Actress in a Television Series Drama.

They are also known for recurring roles in crime dramas such as Grantchester and Pennyworth (both 2019), as well as the British comedy film Misbehaviour (2020), in which they played Jillian Jessup, Miss South Africa.

Grandage will adapt a screenplay by Oscar-nominee Ron Nyswaner.