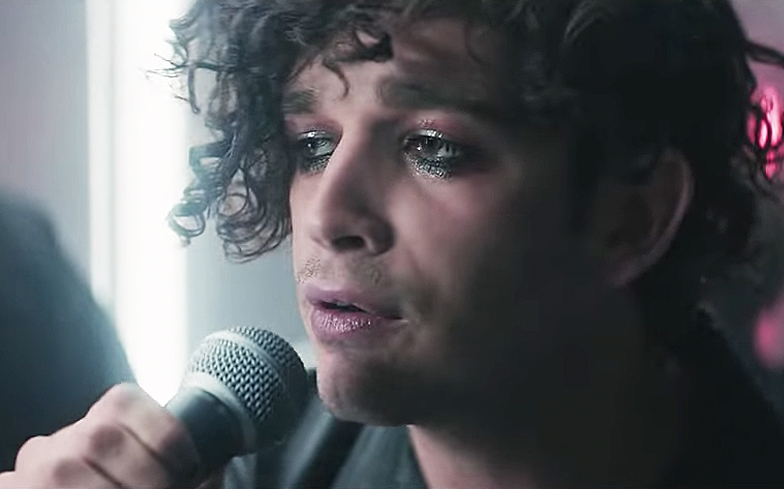 “I think stigma still exists even in London and we still have some way to go.”

The 1975 have made a financial contribution to a fundraiser hoping to create a new LGBTQ community centre in London.

The campaign was launched back in April after a group of LGBTQ activists and volunteers proposed a new space for the LGBTQ community that doesn’t involve the consumption of alcohol.

There are already similar community centres in Manchester, Los Angeles, New York and Berlin. However, London hasn’t had one since the Gay and Lesbian Centre in Farringdon was shut down in the early 1990s.

Last week, the fundraiser needed to reach a £50,000 target in order for their plans to proceed to the next stage. They will now need to take that total to £100,000.

The London LGBTQ Community Centre needs your help, so please donate anything you can through their crowdfunding campaign here. They met the target with numerous contributions, but also an 11th-hour donation from The 1975.

“You might wonder why it is needed, and even ask yourself what exactly is everyone still scared of, but sadly, I think stigma still exists even in London and we still have some way to go,” The 1977 frontman Matty Healy told the Observer.

The venue would be based in Hackney and be a functional space  for LGBTQ people, where they could have meet-ups, host outreach programs, hold performances, and even serve as a workspace.

“When a friend of mine sent me the link, I was quite surprised that such a good idea had not yet raised enough to get over the threshold,” Healy said.

“I am a bit wary of talking about it because I don’t want to appear to be virtue-signalling, but me and the others in the band all felt it was obviously a good thing to put our money towards.”

The singer added that the band are aware that a significant portion of their fanbase identify as LGBTQ, and that being allies to this cause felt natural for them.

“Aside from believing in the idea, a more superficial reason is that one of our songs, Loving Someone, has become a bit of an anthem for some people in that community,” he said.

At a launch event for the fundraising campaign back in April, one of the organisers, Michael Segalov, made the point that the only safe spaces for LGBTQ people currently in London are bars and clubs. But as important as those venues are, they don’t provide appropriate or practical support for people affected by more serious issues.

Among those in support of plans for the London LGBTQ Community Centre is shadow home secretary Diane Abbott, who gave a passionate speech at the launch event.

“I’m here to say how much I support the London LGBTQ+ Community Centre project,” she told the crowd. “Anything I can do to help in the future I will do.

“When I first joined the Labour Party, you couldn’t win a vote on LGBTQ+ rights. I’ve lived to see a Tory Prime Minister take through equal marriage, and that is a testimony to the campaigning and the struggle of the people in this room. But, there is still more to do.

“I support this project, Jeremy Corbyn, leader of the Labour Party, has asked me to pass on his good wishes on to all of you.

Meanwhile, The 1975 are currently working on their third studio album A Brief Inquiry into Online Relationships.

It will include their latest track Give Yourself A Try, which is available to download and stream now.

For more information about the project, you can visit their official website here.