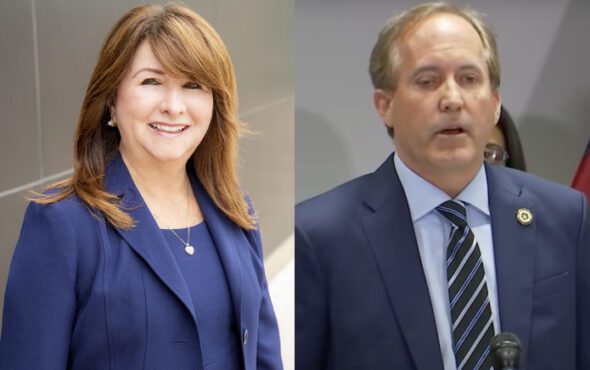 For the last few months, Paxton has made horrific and harmful comments towards the LGBTQ+ community – specifically queer and trans youth.

Recently, he accused the Austin Independent School District (AISD) of breaking “Texas law” due to their recent Pride Week celebration.

The annual event, which took place between 21 March and 26 March, celebrated “LGBTQIA+ students, staff and families.”

Even though the week-long festivities have been a yearly staple within the district, Paxton released a letter on 22 March denouncing the inclusive event.

“The Texas Legislature has made it clear that when it comes to sex education, parents –not school districts – are in charge. By hosting ‘Pride Week,’ your district has, at best, undertaken a week-long instructional effort in human sexuality without parental consent,” he said.

“Or worse, your district is cynically pushing a week-long indoctrination of your students that not only fails to obtain parental consent…either way, you are breaking state law.”

The letter also instructed Elizalde to cease the rest of the week’s events before stating that parents could potentially draft complaints.

On Twitter, Paxton shared his archaic letter and described the LGBTQ+ community as “sexual propagandists and predators.”

Shortly after receiving the letter, Elizalde effortlessly rebuffed the attorney general’s demands in a statement on social media.

“I want all our LGBTQIA+ students to know that we are proud of them and that we will protect them against political attacks,” she wrote on Twitter.

I want all our LGBTQIA+ students to know that we are proud of them and that we will protect them against political attacks. https://t.co/fNGiaoNM3q

“This is not a parental rights issue. This is a Ken Paxton trying to score political points issue,” Stanford told The Washington Post.

According to the publication, Paxton is currently preparing for Texas’ primary runoff against his opponent George P. Bush in May.

Stanford also denied Paxton’s claim that the LGBTQ+ inclusive event was “cutting parents out of the loop”.

“Never in a million years are we telling these kids not to tell things to their parents,” he said.

Fortunately for the LGBTQ+ students of Austin Independent School District, the festivities continued throughout the week.

“The court finds sufficient cause to enter a temporary injunction,” she said.

The judge also informed the court that Abbott’s transphobic directives were “beyond the scope of his authority and unconstitutional.”