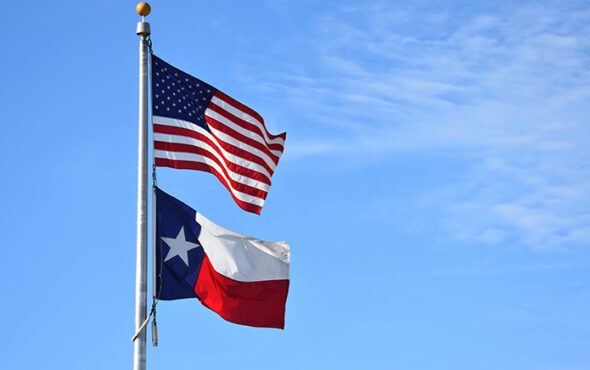 In recent months, conservative politicians in the United States have made it their mission to attack the LGBTQ+ community with harmful legislation.

From the horrific ‘Don’t Say Gay’ bill to the numerous anti-trans sports bans, the rights of LGBTQ+ individuals have consistently been targeted.

Now, some Republican officials are shifting their focus to queer entertainment.

On 4 June, the Mr Misster bar in Dallas, Texas, hosted a family-friendly drag show in honour of Pride Month.

While the event was a hit with attendees, a viral video from the show garnered unfavourable attention from conservative politicians.

In response to the event, Texas Rep. Bryan Slaton took to social media and announced his plans to block minors from attending drag shows.

“The events of this past weekend were horrifying and show a disturbing trend in which perverted adults are obsessed with sexualizing young children,” he said on 6 June.

“As a father of two young children, I would never take my children to a drag show and I know speaker Dade Phelan and the rest of my Republican colleagues wouldn’t either.

“Protecting our children isn’t enough and our responsibility as lawmakers extends to the sexualization that is happening across Texas.”

THIS is the “issue” he’s deciding to spend his time / energy on? Not the lack of gun laws that have killed so many innocent children just in the past month in Texas? https://t.co/EtorQbUnJ4

The Texas Freedom Network also condemned the lawmaker’s proposal on Twitter, writing: “Our students are dying from mass shootings and our schools are chronically underfunded.. yet our GOP thinks this is a priority?”

They added: “This is clearly a targeted distraction from the real issues that our children and educators are facing.”

Even though the anti-trans order was not legally binding, the DFPS began the aforementioned investigations shortly after –  which resulted in the family of a trans teen and psychologist Megan Mooney filing a lawsuit against the state.

In response to the directives, District Judge Amy Clark Meachum implemented a statewide injunction on 11 March.

“The court finds sufficient cause to enter a temporary injunction,” she said.

Judge Meachum also stated that Abbott’s transphobic directives were “beyond the scope of his authority and unconstitutional”.

However, on 13 May, the Texas Supreme Court overturned the statewide injunction due to the appeals court overstepping its authority.

With the block officially removed, investigations into parents of trans youth were able to resume – aside from the aforementioned family who sued the state.

This isn’t about protecting children, it’s about further censoring the LGBTQ+ community and taking more rights away from parents.