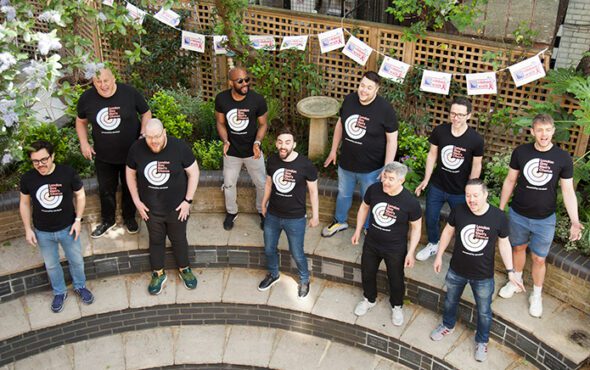 It is incredible what people experiencing grief can achieve. Terrence Higgins Trust and London Gay Men’s Chorus – the organisations that we lead – are a testament to that.

In 1982, Terry Higgins became the first-named person to die of an AIDS-related illness; his partner and friends formed Europe’s first HIV support organisation to respond to the unfolding pandemic. A decade later, a generation of gay men was decimated; nine community members met outside Angel tube station to sing Christmas carols to fund the Trust. Both groups created organisations beyond their founders’ wildest dreams that have not only met their initial mission but been part of enormous societal change too. Most LGBTQ+ events – whether it is a pride march or a protest – are not complete without a safe sex message and the beautiful sounds of Britain’s biggest boyband.

Forty years on, Terrence Higgins Trust continues to be the UK’s leading HIV and sexual health organisation. Thirty years on, now with over 300 members and performances in some of the biggest musical venues around the world – from the Royal Albert Hall to the Sydney Opera House, the LGMC is still promoting ‘Social Justice through Song’.

As one marks its ‘ruby’ anniversary and the other its ‘pearl’, we are re-forming our historic partnership. This is not just to continue to fund services for people living with HIV – post-diagnosis counselling, peer support, anti-stigma resilience and support to rejoin the labour market – but to concentrate on the huge goal of ending new HIV cases by 2030. This UNAIDS target is now government policy and is possible in a country like ours. In fact, if the Department for Health and Social Care follows the advice of the HIV Commission, founded by Terrence Higgins Trust and its partners the National AIDS Trust and the Elton John AIDS Foundation, we could be the first country to meet his historic milestone.

Starting in April 2022, each of LGMC’s concerts will try to raise £2,030 for Terrence Higgins Trust to help meet this goal.

Together we will transform the knowledge of our supporters about how HIV testing and care have changed. Believe it or not, we have all the tools needed in our arsenal already – treatment meaning people living with HIV cannot pass on the virus, opt-out HIV testing in A&Es and PrEP. We now need the systems to work together to make ending new HIV transmissions a reality. We are determined that this is not just for gay and bisexual men but those of Black people of African heritage, women, and the trans community too.

Together we can end new cases of HIV. Be part of it.

The LGBTQ+ community has supported both organisations generously over four decades – through grief and joy. We need your help and support again; it is time we finished what we started.